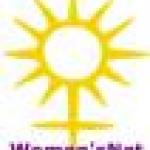 hello from South Africa and Women'sNet..

We have found here in South Africa, where mobile penetration in huge, that gender is a factor in determining levels participation and benefit in projects that use mobile technologies.

This is the context here in South Africa:

So, this is the environment that advocacy efforts have to deal with. (That being said, it seems that the use of cellphones is far more gender balanced than the use of internet and computers! - something to do with the privacy of the device perhaps?)

The notion that technology is a neutral resource has long been abandoned, but it seems that gender is still not a major factor in planning, implementing and evaluating initiatives that use technologies..

In initial research here in South Africa, we found that young women's participation in social networks was shallow, and limited and that they often characterised their interactions as 'uncomfortable'. Some withdrew from mobile social networks because of sexual harassment.

We have launched a campaign to address this issue - called "Keep your Chats Exactly That!" - that aims to help young people full participate safely and responsibly - in mobile social networks. We want to transform online spaces, as we do streets and homes where violence or inequality exist.

I'd be interested in hearing about how other projects take into account factors that impact on participation in mobile advocacy?

Taking a BYte out of Gender Injustice 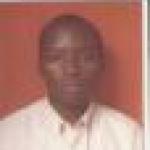 should i develop the topic

i dont understand the process at this level 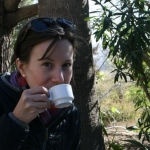 We started as an advoocacy for reforming capitalism and digital inclusion in 1996 with a white paper for the Committee to re-elect the US President  which was published in synopsis on our website. In its own right this has created influence in the development of social enterprise.

The model of a trading business investing at least 50% in social purpose for example which last week became the qualifying criteria for the Social Enterprise Mark and some of the more recent advocacy for inclusive captalism.

It was followed with a formal strategy paper to goverment which we went public with the next year.

In the links from our commercial site the milestones show how this was to influence government poliicy and bring about social change.

There are still many obstacles particularly when it comes to the plight of disabled children.