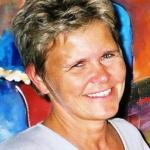 Birgitte Jallov has worked with media and communication to facilitate empowerment, democratization and social change for twenty five years in more than 50 countries and within more than 250 different realities. To ensure the full empowering potential of community radio, Birgitte works with community involvement and organizational set-up, with the organization of the community to involve all communities in the community – including women, youth, the marginalised and vulnerable. For sustainability Birgitte has furthermore worked strategically with elaboration and testing of partnership strategies, impact assessment for community radio and support to (creation of) national community radio networks.

Birgitte was a member of the planning group for the founding conference of AMARC in Montreal in 1983, and of the executive committee of AMARC-Europe’s Women’s International Network in the 90s. She formed part of the background group for Copenhagen’s first community radio station in the early 80’s and was a producer in two of the first local TV stations in Denmark. Between 1998-2004 she was Chief Technical Adviser in Mozambique, responsible for the leadership and management of a major UNDP/UNESCO Media Development Project, and took part in the establishment of 8 community radio stations and a national community radio forum.