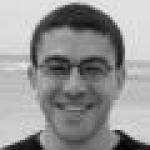 Eric Lockwood is a member of the Instituto Pro Bono team, working in the area of institutional development. A dual citizen of Brazil and the United States, Eric was born and raised in the Boston area and practiced immigration law in Boston before moving to São Paulo, Brazil in March 2008. As an immigration attorney, he represented noncitizens in family-based, employment-based, and deportation defense cases.  In November 2006, he volunteered at the American Civil Liberties Union in Boston on a case involving lawful permanent residents who were improperly denied driver’s licenses by the Registry of Motor Vehicles. In early 2008, also as a volunteer, he conducted legal research for a Haitian detainee seeking relief under the U.N. Convention against Torture and country conditions research for a Brazilian transgendered individual seeking withholding of removal. Upon arriving in São Paulo, Eric began an internship at the human rights non-governmental organization, Conectas Direitos Humanos, researching the jurisprudence of the Inter-American Court of Human Rights and the European Court of Human Rights, as well as of domestic courts abroad.