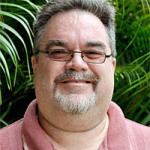 Aloha, my name is Joseph Keola Donaghy. I am an Assistant Professor of Hawaiian Studies at Ka Haka ‘Ula O Ke‘elikōlani College of Hawaiian Language at the University of Hawai‘i at Hilo. Outside of my work at the College, I am very active in the Hawaiian music community. I am the webmaster o fNahenahe.net, a Hawaiian music news site, am a voting member of the National Academy of Recording Arts and Sciences (“Grammy Awards”) and a member of the Board of Governors of the Hawai‘i Academy of Recording Arts (“Nā Hōkū Hanohano Awards”).

I attended Kīhei Elementary and St. Anthony High School on Maui. Our family moved to Hilo in 1994 when I enrolled at the University of Hawai‘i at Hilo. I received a Bachelor of Arts in Hawaiian Studies in 1999, and Master of Arts in Hawaiian Language and Literature in 2003. In my MA thesis, I compared stress patterns in Hawaiian language as spoken and sung by analyzing the compositions and musical performances of John Kameaaloha Almeida.

I will receive my Ph.D. in Music (Ethnomusicology) from the University of Otago in Dunedin, Aotearoa (New Zealand) in December 2011, where my wife, daughter and I spent six months during 2008. My thesis is entitled “The Language Is The Music: Perceptions of Authority and Authenticity in Hawaiian Language Composition and Vocal Performance”.

In the summer of 2002, my wife and I traveled to Ireland to research the state of the Irish language and the programs working to perpetuate it. I documented this trip in a travel blog which is only available in Hawaiian. There are some nice pictures, however, for the ‘olelo-impared.

I co-wrote all but one Hawaiian song and was assistant producer on Kenneth Makuakāne’s recent solo debut, Makuakane. You can hear cuts of those songs on Kenneth’s website. I was honored to have a Christmas song I wrote, “Ke Aloha Kalikimaka” recorded by Keali‘i Reichel on his Christmas release, Maluhia. My composition “Nā Hōkū Pio ‘Ole” was selected as the theme song for the 30th anniversary Nā Hōkū Hanohano Awards. Some of my compositions have been recorded by Kainani Kahaunaele, the De Lima ‘Ohana, Mailani Makainai, The Pandanus Club, and O’brian Eselu. I love to work the fringes of Hawaiian music by combining Hawaiian language lyrics with musical styles which are not often used to accompany Hawaiian music. You’ll hear some of the fruits of this work in the near future.