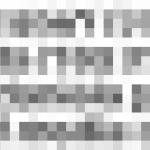 The Mamuta Project at the Daniela Passal Art & Media Center is a center for artistic creation, encounters, research, and display of art. The Center is comprised of artists’ workspaces; video, sound, and electronics labs; a wood, metal, and plastics workshop and an artist in residence apartment. The goal of the project is to advance art projects and to create a framework for artists from different media, as well as curators, architects, designers, and researchers, who wish to create in the spirit of cooperation, dialogue, and technological innovation.

The center offers guidance and support for the development of its artists’ individual projects, and initiates and produces projects in cooperation with institutions and individuals in Israel and abroad. The project is dedicated to creating conditions for developing an active community of artists, allowing for personal development alongside collaborative work, through an engagement with the place and time.

Mamuta is runned by the Sala-Manca group (Lea and Diego), a group of independent Jerusalem-based artists that creates in different fields: performance, video, installation & new media since 2000. Sala-manca’s works deal with poetics of translation (cultural, mediatic and social), with textual, urban and net contexts and with the tensions between low tech and high tech aesthetics, as well as social and political issues.

The Jerusalem-based Sala-Manca Group, comprised of Lea Mauas and Diego Rotman, has been active since 2000. The group produced, initiated and curated the Heara Independent Events for Contemporary Art (2001-2007), published the art journal Hearat Shulayim (1-11), and curated and produced various art events.

They teach art, activism and urban space at the Bezalel Academy of Art in Jerusalem, organize the Tel Aviv-Jerusalem node of “Upgrade! On culture, ar and technology” and are the founding directors of the brand new center, Mamuta at The Daniela Passal Art and Media Center in Jerusalem, a joint project by Hearat Shulaym and Jerusalem foundations.