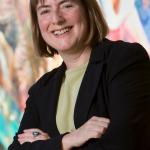 I am a law professor at the University of California, Hastings College of the Law in San Francisco.  I started working on transitional justice in 1989, before the field actually had that name.  Most of my work involves Latin America, but I also do a lot of comparative work in other regions.  I mostly write about and study different national experiences, especially in the areas of reparations, prosecutions, and truth-telling.  Most recently, I have been focusing on the links between transitional justice and land- and resource-grabbing, and on national prosecutions for international crimes in Latin America.  I am also a member of the legal team for the Guatemala genocide case brought in Spanish courts.  I am the author of The Pinochet Effect:  Transnational Justice in the Age of Human Rights and Transitional Justice in the Twenty-First Century, among other books.