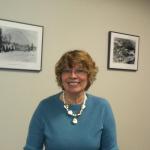 Patricia Morrissey is President of the U.S. International Council on Disabilities (2014-2016).

In March  and July 2015 she was part of a team that provided advocacy training in Istanbul.

She was Commissioner of the Administration on Developmental Disabilities (ADD) from August 2001 till January 2009. Prior to that position Morrissey was a senior associate at Booz Allen Hamilton where she provided consulting services to federal agencies, especially on accessibility in technology.

She also worked for the U.S. House of Representatives, Committee on Education and Labor, also drafting disability legislation, including the Americans with Disabilities Act (ADA). She has written four books and assisted in the production of six training videos on the ADA. After leaving the House committee staff before joining the Senate committee staff, she served as a consultant to Fortune 200 companies on ADA compliance.

Morrissey was a member of the U.S. Delegation to a United Nations Committee while it drafted the Convention on Civil Rights for Persons with Disabilities. She was a keynote speaker on special education at an international conference in Beijing, June 2004.

In addition to being on the Board of the United States International Council on Disabilities, she is a member of the Government Affairs Committee of the Rehabilitation Engineering and Assistive Technology Society of North America, and is a published author of Gradual Descent, a thriller based in Washington, D.C.

In August of 2013 she and two friends launched social media projects to promote the ratification of the Convention on the Rights of Persons with Disabilities.

Dr. Morrissey views herself as a problem solver and persuader. She believes the “American Dream” belongs to everyone, and her commitment, through varied venues and innovative strategies, is to make it happen for individuals with disabilities.