Challenges: What are the challenges and opportunities that human rights monitors face today?

Challenges: What are the challenges and opportunities that human rights monitors face today?

Discuss challenges that you have faced in your monitoring efforts and how you were able to overcome these challenges.  What new opportunities exist for human rights monitors?  How have you used new technology?

Share your thoughts, ideas, challenges and stories to this discussion thread by adding your comments below, or responding to existing comments.

Hi all - I am interested to hear from you about challenges around defining the timeframe for a monitoring project.  Is it difficult to find the balance between a timeline that reflects the available resources and one that respects the mandate and goals of the project?  Having a project that extends over a long period of time may be more successful in collecting information and understanding the situation, but, as the Advocates' Guide points out, it may also diminish the relevancy of that information.

Have you faced challenges around misunderstanding of expectations (of the community, of witnesses, of team members, etc) around the outcome, impact or some other aspect of the project?

Thank you for sharing your thoughts and experiences!

You point out a very crucial question. Defining the timeframe for a monitoring project is a very difficult issue, in particular because on the one hand you have to meet expectations from partners and victims and on the other hand you necessarily have limited resources. Ideally, the monitoring project should always end when violations end or victims obtain reparation, but unfortunately this is not always the case. This is why it is extremely important to assess well in advance what are the expectations of the monitoring project you plan to carry out and the challenges that will probably come up so as to raise the resources that meet such expectations and challenges. It is also key to think of various ways to follow-up a specific monitoring project through future activities so as to make sure that the outcome of the project does have a long-term impact, even after the project is over.

One more thought - I don't think that having a project running over a long period of time is diminishing the relevancy of the information provided, on the contrary, as it will enable to get a better overview and clearer picture of the situation, and therefore to present more precise recommendations to the relevant stakeholders, which can in turn only have a stronger impact. Then, it is the monitors' responsibility to make sure the information collected is accurate and updated when the outcomes of the project are presented (for instance through a report) in order not to diminish the impact of the monitoring. 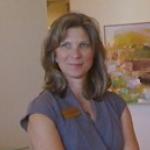 Here at WATCH we do both long-term monitoring projects as well as short term where we have monitors present on a daily basis. One of the challengs we have run into with the long-term projects is that people in positions of power will sometimes claim that the data is out of date because of all the improvements they have put into place in an attempt to discredit the findings. But the long-term findings do tend to have a greater impact in creating change.

We just completed a 21-month monitoring project here in our county's smaller suburban courts and there were some significant changes to how the courts were structured mid-project. We included that information in our final report and tried to use the report as an opportunity to gauge whether or not their structural changes were having the impact they intended. There was still some attempt by court leadership to discredit our recommendations, but because we had addressed it in the report, their objections didn't carry much weight.

It is also extremely difficult to set a timeframe for "urgent interventions". Indeed, when issuing alerts on specific human rights violations and requesting people to write to the authorities of the State concerned to call to an end to such violations, we are often asked the question as to until when one should keep writing to the authorities. What a tricky question! For instance, should we decide the end of an urgent intervention on a very subjective way (e.g. six weeks after the intervention is issued) in order to make sure that our alerts do not remain "static" on our website when posted as well as that recipients of our interventions continue to take action upon other alerts we issue? But then this is so artificial! How could we say that a case is "closed" and does not require any  further action when for example the victim is either still detained or waiting for justice? Therefore it seems more relevant to keep a case "open" until we receive further information but then it implies a very careful follow-up to all interventions issued, which require resources that unfortunately are sometimes lacking. How to overcome such a dilemma?

How have you used new technologies and social media to support your human rights monitoring work? In another thread, Stewart shared his thoughts on using social media for monitoring:

It is difficult to empirically measure the impact of using social media, and how effective a particular media has been. In some cases it is possible to monitor how many views a website or video has received, but to what extent each particular media impacted the outcome or prevented violence remains unclear.

However I remain convinced that once the situation of a particular community is in the public eye nationally and internationally the balance of power shifts in favour of the community, and it becomes more difficult to kill its members with impunity, and to deny them justice.

It would be great to hear from others on how monitors are using new tech.  Have you used:

What tools have you used?  How were they incorporated into your tactics (how did you use these tools strategically)?  What was the outcome?  What are the challenges that monitors face in using these tools?  What are the risks (privacy, informed consent, etc)?

I have two examples of human rights monitoring tactics that have utilized new technology tools:

The Advocates' Practitioners' Guide contains a great example of using video - USHRN and the Testify!Project: Using Video to Bring the Stories of Human Rights Abuses to the United Nations - The Testify Project collects stories of injustice from throughout the United States through one-minute video and one-page written testimony. The top videos and stories will be screened for United Nations delegates in Geneva, Switzerland in preparation for the United States’ Universal Periodic Review.  Over 60 individuals/groups submitted videos to the Testify!Project.  This turned out to be a great way of collecting grassroots stories in an engaging way!

In a past dialogue on Geo-maps for human rights, Lars Bromley of AAAS shares a few examples of how he has used satellite imagery for monitoring:

...we [AAAS and Physicians for Human Rights] located an image in Afghanistan showing mass grave tampering in August, 2006. We literally saw a hydraulic excavator and dump truck atop what became an excavated mass grave, which afixed a date to the tampering, and filled a key gap in the evidence. Within about 72 hours of PHR releasing its findings, Obama announced an investigation, but we don't know where that will end up.

Another exception is work we [AAAS] did last year on the Russia / Georgia fight over South Ossetia. In this case, the issue of when exactly particular villages were destroyed was important. Specifically, the Russians claimed the villages were destroyed when Georgians controlled the area, while Georgia claimed the opposite. Once we were able to review imagery from mutliple dates, we could show conclusively that the villages were destroyed while Russia was in control, based on their own statements of when they took control and things like helicopters and other military assets visible in the imagery. This was cited by the EU fact finding commission on the conflict, see http://www.ceiig.ch/Report.html. Note that UNOSAT produced a couple images of burning houses in the area, which was one of the few examples of seeing an attack 'in progress' so to speak.