Share examples and ideas of how paralegal methods can be applied and adapted to other sectors by replying to the comments below.

Application and adaptation of paralegal models

Protection of children, women empowerment and any humanitarian work should be human rights based- that is human rights based approaches can work best. This is more so when looking at envisaged outcomes such as strengthened community level participation in issues and processes that affect them, improved transparency and accountability by decision makers, especially at community level, reduced vulnerability and sustainable change to values, practices and policies. The contribution of paralegals towards the achievemnt of the above results is vital. The best models for me start at the grassroots level so that they can easily be replicated and even applied at the highest level. Laws that are made by the legislature in parliament invariably affects the man in the community, hence why not lobby for the processes to start where the impact is felt the most; the community? and who best can disharge this duty? The paralegal of course!

Application to other human rights interventions

The first hurdle for me would be to build trust; once this is established then the paralegals can be able to deal with any otehr issue that may arise in the community and this can extend to some subtle human rights violations. Their importance also rests on their availability to respond to issues that arise in the shortest time possible as they are nearer the community members than the human rights organisations situated in cities and far away from their targets. 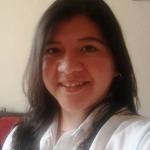 What is the next step

I agree to build trust but it must be a work in scale. Ie working on creating new local capacity, create impact on public policy and create a local, regional and Latin American network on this work not only support on issues of gender violence but in more ways and in more regions. For example in agriculture or labor issue. 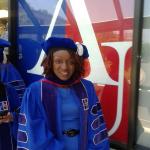 One key role of Community

One key role of Community Paralegals is to empower the community to know their rights. Paralegals are about empowerment. Most communities lack access to justice or have a view that justice is out of reach. This can be due to poverty,  legalese used by lawyers, perceptions on justice or general mistrust of the justice system. Rights based approaches encourage the use of empowerment strategies to allow the people to claim their rights or take responsibility for their actions. This can only be made possible by using Community Paralegals to bridge the gap by empowering communities to know their rights and means of claiming their rights.

I wanted to follow up on Felicia's comment with an example from Kenya. In this example, peer paralegals work directly with prisoners to empower them to claim their rights.

Kituo Cha Sheria (Legal Advice Centre) in Kenya created a new model of access to justice when in addition to legal aid, took the approach of legal empowerment. It provides legal education to marginalized communities and to inmates in prisons through a model of Community and Prison Justice Centres to empower them to understand and advocate for their own rights. Within prisons, the legal education training is designed for inmates of all genders who face barriers in understanding their legal rights and protections, and to build their own self-sufficiency. The participating incarcerated individuals learn and pass on this knowledge to as many other inmates as possible.  As a result, Kituo Cha Sheria has spread to a group of over 6,500 trained inmates who have brought over 3,600 successful appeals resulting in releases, reduction of sentencing periods, re-trials and acquittals. Since 2012, Kituo Cha Sheria has been able to bring about 41 death row acquittals and 77 acquittals for individuals sentenced to life.

Read more about this tactic.

It's a great example of how the paralegal model can be used to empower vulnerable communities in different situations. I look forward to learning more about the work of Kituo Cha Seria from Mwebi, one of the conversation leaders for this discussion! 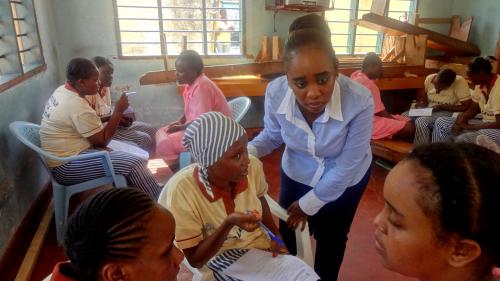 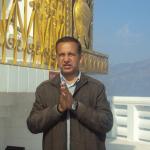 People Forum has been providing free legal aid service to the foreign employment victim for 8 years. Free Legal aid scheme has been supported by Paralegal Service. Paralegal service plays pivotal role in between lawyer and victim; helping victim in providing necessary primary legal advice, procedural support and strengthening lawyers’ works which is largely lacking due to various factors; and the major factors attribute to workload, legal system, few number of lawyers, and lack of incentives for lawyers etc. Thereby, paralegal support enables legal aid to be effective and accessible to the victim. The legal aid scheme supported by the Paralegal Service bridges the gap between legal aid lawyer and victim.  Until July 2014, People Forum have provided legal services to 2066 victims of foreign employment and the flow of victim is ascending at a high rapidity. Paralegal service include;

This project is thus called as Legal aid and Paralegal Service to migrant workers project.

Legal Advice to prisoners by prisoners is a good strategy for prisoners. There is need therefore for a regulatory body or structure so that those that are trained are able to continue offering the services upon release. Based on successes in Malawi and Kenya, it's a concept worth emulating. Zimbabwe still has to adopt that concept.

These people need opportunities, not only in legal, educational, to be seen as human beings.

Must affect the overcrowding in prisons. Especially you have to work a lot with children and young prisoners.

The Paralegal Advisory Service in Malawi have been holding advice clinics in prisons and local communities to empower people to represent themselves for the past 15 years.  In countries like Malawi, where there is huge overcrowding in a prisons and the majority of people will go through the legal process without a lawyer, paralegals are a vital component of the justice system.

Paralegals are expected to

Paralegals are expected to live in the community as well as should be familier with the culture tradition and day to day life of such community that they would suppose to serve.This allows them to have current information what is going on in the community. So once they have got the basic knowledge the law and being aware of what human right is and when  is someone's human right violated, it is easy for them to organize people to be stand against human right  violators including the government officials. Moreove, they could inspire and teach thier fellows too. Especially in the developing countries like Ethiopia harmful traditional peractices (HTPs) are the main cause of human right violation and most of the peole are ingnorant of law or do not have idea about what human right means. Particularly women and children are the foremost victims of HTPs. So, expanding paralegals in the grassroots community can be the method even to work with and to control the legal system. However it depends according to the willingness or the context of each countries law.  I remember that about 5 years ago paralegals who used to work with my organiztion, recognized that a police investigator who was anticipated to investigate a rape case was corupted to distroy the case.  Immidiately they were reported to us adn we have been worked with his superiors so he was fired from his position. Whereas, in the current situation of Ethiopian civil society law paralegals or other human right activists do not have any mandate to intervene  with the goverment legal system system or to acvocate human rights. 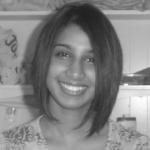 This report on mediation training in Liberia talks about how alternative dispute resolution (ADR) led to a decrease in violent land disputes, increased community involvement in resolving disputes, and changed expectations of customary authorities. The evaluators found that after people were trained in mediation, the parties were more interested in resolving disputes themselves without going to a third party. Before, it was customary for disputants to take their cases to "powerful people." But afterward there was a shift to use more mediation and negotiation. This was the most common instance of change described among parties interviewed.

A paralegal's role does not have to be limited to a single transaction or service path. Often, the relationships that the paralegal has built within the community and government makes them an ideal pseudo-social worker or navigator for community members through complex government services. In Odisha, India a project that we're assisting on uses educated villagers, or community resource persons (CRP), to guide their communities through a land allocation and titling process. Once this process is complete, the CRPs are ideal intermediaries to help newly titled villagers gain access to additional land-related services, such as agricultural education and training, or additional support available for single-woman households.

Incorporating other methods in paralegalism

In my view, being a paralegal does not restrain a person to legal issues alone. As a community based paralegal, one is mandated to be able to assist community  address various issues affecting it.For instance  tracing parents of a lost child, creating awareness on  rights  among parents, discussions on reproductive health, conducting referrals for access to services, intervening in a case of child abuse , giving free legal advice  , following up cases and so on. Paralegals act  as catalysts in the community  through assisting community members for instance in  identification of resources they can use to better their lives, this is not legal but a social aspect of the community .Another example is rehabilitating a  football pitch that was previously being used as a dumping site , can help young people generate incomes  when the playfield is used for football matches, this is multi purpose as it  the rehabilitated field will take care of  the youth’s behavioural concerns   and also solve their economic problems.

Paralegals provide advisory services not only on legal matters, they can undertake community based discussions on sexual and reproductive health matters and advise community members on how and where to access services, they can also provide counseling services to the community hence address psychosocial issues such as awareness on substance abuse among youth.

On the economic front , paralegals  assist  women in  savings  through table banking, and provide basic business skills including record keeping .This helps in economic sustainability of families. They also assist in marketing  of  products and services at the community level  especially through word of mouth during community meetings

In conclusion I’d like to say that  being trained as a paralegal has opened many opportunities for me. I’m able to articulate issues from an informed perspective, I gained confidence in being able  to conduct research in legal institutions in Kenya, my networking  skills have also improved  tremendously .