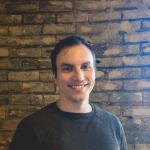 This is a space for conversation leaders and guests to pose questions propose ideas, share successes, tactics, tools and resources with one another that have not been addressed in other threads. 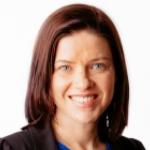 When exploring how to engage with and support faith leaders and FBOs, do we also need to engage with the idea of the secular and secularism? Are there secular values and assumptions that influence and shape the way human rights are approached across government, non-government, civil society and FBOs? What are these values and assumptions? How do they impact your work, if at all? Do you have personal experiences or stories that describe this? 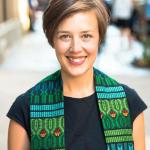 How do you stay focused and realistic?

I find one of our biggest challenges as an organization is to bring focus to our work so that we are not going "a mile wide and an inch deep" on everything. Especially in this time when it feels like there is so much to address (I don't just mean because of the Trump administration, but the constant feeling of needing to do advocacy and organizing in response to things that the administration is doing is overwhelming!), how do you all stay focused and make sure that you're doing work that really makes an impact and isn't just trying to make it look like you're really busy on social media? 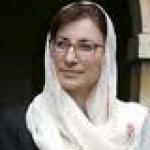 In an increasingly divided

In an increasingly divided world that is connected via the media, can we (ordinary people like myself) and human rights denfenders do more to better inform and engage leaders from the media?

Last year, for instance, on Easter there was a bomb blast in Lahore but two of the most widely seen media chanels reported this incident as a Muslim attack on Christians during Easter when in reality poor people died who were Pakistanis and were both Muslims and Christians. The facts are that 54 Muslims died and 14 Christians died - each life is precious to all of us. But when the media starts dividing people and blaming even the victims this often, it becomes not only a misrepresentation but a grave injustice and a great disrespect to the people who died and to those masses still alive who know otherwise but who do not have the voice.

How do we introduce empathy widely?

How can we include policy makers in these important conversations?

How can we avoid blaming a particular community for the ills of some so as to avoid genocide and hatred? We (humanity) said "Never Again" but it happened again and again, in different contexts in Bosnia, in Myanmar and in so many other places.

How can we teach to punish the deed, but not the doer?  Since each person is made in the image of God, each person has the capacity to repent, understand and do good, if they are given a fair and equal chance.

Is peace really possible and is it in the interest of those who make a lot of money from war?

I sincerely pray that peace is possible and that we understand each other better in our small shared world.