This dialogue is an opportunity to explore the innovative tactics being used by human rights organization in their efforts to prevent HIV/AIDS.

In a context of huge social inequality, income disparity and poverty, drug users are extremely vulnerable in terms of human rights, experiencing social marginalization, discrimination, stigmatization, and deprivation of rights. Intercambios, works to reduce the adverse consequences of drug use, mainly the risk of HIV infections, and to ensure users have access to information and protection against abuse by police officers and health care providers.

More broadly, the Physicians for Human Rights believes that human rights are absolutely central to HIV prevention and every facet of the epidemic. In particular, women rights are crucial, notably the right to education, employment, inheritance, health care and reproductive health services. Prevention is about the right to information. However, physicians and activists who work on HIV prevention remain at risk of persecution – a case in point is that of two Iranian doctors who worked on harm reduction and who were detained in Iran in 2008.

Communities have the potential to tackle HIV and AIDS. Through mutual support and solidarity amongst community members they can come up with strategies to respond to the challenges brought by HIV/AIDS, just as they in the past with other challenges. At the same time, it is important to reach at-risk communities where they are and to reach and test those individuals who would otherwise not have access to testing.

Community capacity building is a key tool of harm reduction programs. Each community has its potential to develop effective networks and these kinds of programs can have strong political consequences in terms of local empowerment and creating bigger networks of social inclusion which go beyond the strictly sanitary field. That is where their potential resides. As it is crucial to adapt to the local context and needs of a certain community, each program is inevitably different.

Video can be an effective tactic in raising awareness of an issue. The Pulitzer Center in the Caribbean created two videos focusing on the stigma and discrimination associated with the HIV epidemic and having a positive outlook on life with HIV. Putting a human face on these issues, is by far the most critical "value added" that video offers, helping others relate to those who are HIV positive, challenge stereotypes and create a window into larger more complex issues. Using video for their HIV projects was part of Pulitzer’s overall approach to raising awareness of under-reported issues by engaging the audience through every platform possible. In another project, Heroes and Hope, Pulitzer targeted different groups for “heroes” and for “hope”. While it is challenging to measure impact with media and education they did have some success stories - grants, people stepping forward to help/speak about HIV, increased reporting by journalists on the issue and discussions in schools.  Many things need to be kept in mind, however, when deciding to create a video of this nature, as discussed in the online dialogue on Video Advocacy.

Pictures too may be a helpful tool in raising awareness of HIV/AIDS, stimulating and facilitating discussions on issues surrounding the epidemic. One organization, Humilza, collaborated with a local artist in Tanzania to produce paintings in a traditional style using animals instead of pictures. It is hoped that this tactic will reduce stigma in the country.  Another tactic that has been used involves real people being photographed and then asking the question: “Am I [HIV+]? Are you?... You can’t tell by just looking”.

Finally, sport, especially soccer, has been used to raise awareness and prevent HIV/AIDS. Soccer players are worldwide role models and can have a significant influence on youth.

In Zambia, a book was produced by HIV+ parents with the aim of of supporting parents to disclose their status to the children and hopeful increase levels of community treatment literacy and to improve adherence to ARV drugs.

In Minnesota, the Minnesota AIDS Project AIDSLine is this state’s information and referral service for both HIV prevention and services. It accomplishes this through a variety of programs and interventions, one of which is the “Quick Connect Program” which offers short-term, face-to-face assistance for people living with HIV.

In the 1990s there were no clear laws in Minnesota on the sale and possession of syringes, leaving pharmacists to use their discretion on who to sell to. This often lead to discrimination against younger people and those of color. Syringe exchange programs sprung up and the MN Department of Health attempted to clarify the law and allow for the legal sale. Despite much opposition, a law was passed allowing the sale of up to 10 syringes, with criminal charges for those individuals caught in the possession of a used syringe with residue of a hard drug.

The Physicians for Human Rights launched the Health Action AIDS Campaign (HAA) in 2002 to bring together infectious disease experts, medical and public health students, researchers and AIDS activists to advocate for science and human rights based response to the epidemic. Since then, PHR has used three advocacy tactics to get HIV prevention to the forefront of community and policy maker minds:

Using both a top-down and bottom-up approach broadly educates not only the policy-makers, but also their constituents on the ground in order to hold them accountable and responsible for their decisions regarding HIV/AIDS policy

Intercambios thinks criminalization is one of the biggest obstacles that drug users face. Since 2003 they have organized and promoted the National Conference on Drug Policies in Argentina. Advocacy has brought them good results - in 2008, the Argentine national government publicly announced deep compromise with the modification of the current legislation in the direction Intercambios had been pointing for more than 13 years.

The Minnesota AIDS Project has worked to prevent new HIV infections among men who have sex with men since the epidemic came to Minnesota in 1983.  The PrideAlive program is designed to create a community of gay and bisexual men who maintain and advocate for health-promoting choices for themselves, peers and community affected by HIV, by confronting social issues including homophobia, HIV/STD prevention and health disparities. Between 2003 and 2008, PrideAlive reached almost 90,000 people through programming and community outreach, held almost 1000 educational trainings, social events, and safer sex workshops for MSM and distributed more than 100,000 condoms, lube and dental dams. In addition, 950 people have used PrideAlive’s HIV counseling, testing and referral services.

The global transmission of the HIV/AIDS for the past two decades has coincided with the current period of economic globalisation, making HIV a workplace issue and a trade union issue. As it reaches epidemic proportions in heavily affected regions, it devastates the economy and market, as is being witnessed in sub Saharan Africa. While the transport sector plays an important role in the economic and social development of a country, it also plays a role in HIV/AIDS transmission. Since the late 1980s, International Transport Workers Fedetation (TF) has been actively involved in HIV prevention programmes for different sectors of transport workers, by bringing HIV/AIDS into the mainstream of transport unions; project activities that support and coordinate transport unions’ interventions in awareness raising, negotiate collective bargaining agreements and workplace policies on HIV/AIDS, lobbying national governments and international institutions, and providing treatment and care for already infected workers; and ensuring that the lessons learnt are captured, shared and used by affiliates to defend and improve the rights and conditions of transport workers.

It is now well recognized that to gain the upper hand against the AIDS epidemic, community and membership organisations such as trade unions need to be involved in an active way. HIV/AIDS interventions that have proved to be successful are successful only because comprehensive local responses were developed and a broad mobilisation of civil society organisations took place. To control the HIV/AIDS epidemic among international drivers and helpers, it is very important that unions and employers work very closely in consultation with other relevant stakeholders. 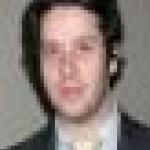 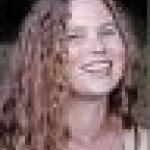 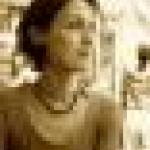 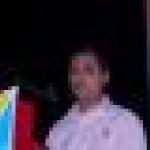