Using Video for Documentation and Evidence

Thank you for joining Kelly Matheson of WITNESS and the New Tactics online community for this discussion on Using Video for Documentation and Evidence that took place July 21 to 25, 2014.

User-generated content can be instrumental in drawing attention to human rights abuse. But many filmmakers and activists want their videos to do more. They have the underlying expectation that footage exposing abuse can help bring about justice. Unfortunately, the quality of citizen video and other content rarely passes the higher bar needed to function as evidence in a court of law. This online discussion provided an opportunity for practitioners of law, technology and human rights to share their experiences, challenges, tools and ideas to help increase the chances that the footage citizens and activists often risk their lives to capture can do more than expose injustice – it can also serve as evidence in criminal and civil justice processes.

Video as Evidence: To be evidence, what does video need?

Videos can be used in every stage in the criminal justice process, but they are limited by what their content actually proves. It is important to ask, “What is this video proof of?” Videos can serve as an important part of the bigger puzzle in evidence collection needed to prove a crime was committed and by whom.

There are a number of distinctions regarding types of evidence:

For example, Beth van Schaack  provides a list of key points a war crimes prosecutor must prove. While linkage evidence can be more difficult to obtain, providing more footage in a video of the entire context of the situation can help clear uncertainties. Participants highlighted that a video must be properly authenticated in order to be used in court. Authenticity can be checked by having footage takers and/or those in the footage testify in court.

Questions that can be asked for authenticity purposes can be (found here). In addition, it is imperative to store the original copy, untampered. Deviation from these standard procedures should be done with extreme care and only in worst case scenarios. If using worst case tools, one may have to testify. When using videos as lead or corroborative evidence, authentication procedures might be less strict.

Examples of how video evidence has been used in the criminal justice process:

Capturing Video for Evidence: what techniques can you use for capturing evidence with enhanced evidentiary value?

It is crucial to capture video evidence that also provides linkage evidence in order to prove the perpetrator committed the crime in question. Providing footage before a crime occurs can be used as linkage evidence. Speeches of public officials linking them to other members who are on trial can also be a form of linkage evidence.

Furthermore, capturing the larger scene can also serve as linkage evidence because footage which includes roadblocks or checkpoints can point to the group which controlled a certain territory and may have committed the crime. In order to capture the whole scene, one should shoot uninterrupted video footage. Although not linkage evidence, video footage after a crime scene can help judges and juries understand what took place. Steps which can be taken to film a crime scene securely can be found here.

Managing Video for Evidence: How can you manage your media to ensure it remains reliable and its provenance protected?

Evidence has to be entered authenticated before it can be used in court. In certain types of evidence, it is required to prove a chain of custody. It includes a court hearing testimony which lays the foundation for evidence, trying to prove the evidence is what it purports to be and has not been tampered with and changed. Any manipulation of video evidence calls its authenticity and reliability into question. Thus, it is important to keep an original copy of the digital evidence safe.

Questions of authenticity and provenance are important to the WITNESS Media archive and all archives in general. The archive provides templates for documenting  and logging footage. Rysnc is used to transfer video files to the archival files without any error. This is accomplished through the usage of scripts which rely on free or open source tools like MediaInfo and ffmeg.  A file packaging format standard developed by the Library of congress is called Baglt: megadata is packed with files that both validate and verify the package when it is received.

Ensuring Reliability: How can you verify that a video is what it says it is?

Verification handbook, Nieman Lab, Storyful, and Citizen Evidence Lab are all resources that can be used for the verification process. Storyful has a reputation for verifying open source videos and are in a partnership with WITNESS on the human rights channel. More information on resources can be found in the “resource” section below. The reverse image search feature through Citizenlab has been used to determine if footage was old or not: one can also retrieve previous versions of the videos and confirm exact locations of where it was shot.

If a more in depth content analysis besides simple verification procedures are needed, additional resources can be found here. Video as evidence in stages of the criminal justice process could bring together the fields of journalism and criminal justice/legal process. In regards to megadata, once files are uploaded on websites like Youtube, a different file is created and the megadata created by Youtube would not include the megadata from the original file. InformaCam can allow filmers to capture the valuable megadata third parties can use to authenticate their footage.

Stories from the field: how have you, or others you know, successfully or unsuccessfully used video to secure justice?

When attempting to link crime-based evidence to linkage evidence, a bottom up approach can be useful in proving responsibility up the chain of command. Conversely, a top down approach starts with leaders rather than those who carried out a command. In international and domestic law, under superior (or command) responsibility, superiors are held accountable for crimes committed that they ordered. The doctrine has four main elements. Digital video evidence can help establish the relationship of subordination and lay the groundwork to prove accountability.

In addition, questions were also raised concerning how and when citizen or online video could be used as evidence, especially when the filmer does not want to be identified. Concerns include cross examination. In international courts like the ICC, the anonymity of the filmer will not bar admissibility. In order to ensure reliability, the ICC looks at the following. In order to sue the government in any democratic country, the plaintiff has to prove harm, cause, and redress. One of the first documents a lawyer drafts when bringing a case against a government is called a Standing Declaration.

Furthermore, trophy evidence can also be used for documentation and accountability purposes. It is information generated by perpetrators to “brag” about their accomplishments or prove certain deeds were done. Video evidence with an unknown filmer could be used in courts that do not allow hearsay. This can be concerning. International tribunals do not ban hearsay.

Problem Sets: what challenges are you facing in using video documentation as evidence?

Interviews of witnesses and survivors and human rights abuses should be videotaped for advocacy purposes. It should be done in a safe, secure, and ethical manner. The matter becomes more complicated when videotaping interviews of witnesses and survivors of human rights abuses for evidentiary purposes. An initial list is provided here in order to determine if one should use a video.

The question of when to use video was raised in the google hangout, and the answer was that it is complicated. Video can undermine future testimony and/or interfere with testimony when the questions an investigator would ask were not asked. Another question raised was when authentication was necessary. The answer was always, but it also depends on how it is being used: how much of the footage is in question? Is there lack of corroborating evidence? How much of the video displays bias of the filmer?

Another topic discussed was how to manage footage before it is put into the archives. In the hangout, this was referred to as the “middle zone.” The importance of the middle step was reiterated for data organization purposes: there cannot just be a data dump, especially because it can be confusing where the video was filmed and what exactly it is showing.  It is important to store the videos effectively because they can serve as lead evidence.

Regarding data management itself, much could be learned from other sectors. It can be difficult to find the appropriate management system because systems need to accomplish different objectives. Commercial, free, and open source products are available.

Finally, the issue of personal security also came up: Videre est Credere was important to training citizen journalists and human rights documentarians on how to take video in concealment and safety.

www.mediafire.com/view/cd7b76ydpe22khn/AuthenticatingOpenSourceVideo_2013.pdf: This pdf goes over the processes and tools discussed in the Citizen Evidence Lab.

forensicphotoshop.blogspot.com/search?q=authentication:more information on on the topic of authenticizing digital multimedia evidence for court and trial purposes

forensicphotoshop.blogspot.com/search?q=flip+boo: more information on the technicalities of grabbing digital evidence

Scientific Working Group on Imaging Technology (SWGIT): provide information on the appropriate use of imaging technologies

Matheson provides a guide on how to add narration to video during, in anticipation of, or after a human rights violation.

wiki.bitcurator.net/index.php?title=BitCurator_and_Archival_Workflows: this is more information for creating forensic disk images than transferring individual files off the drives

archiveguide.witness.org/ : resource for those creating citizen video, and need for information on how to both make it both authentic and intact.

verificationhandbook.com/ : resource for how to deal with user-generated content (UGC) during emergencies

Neiman Lab Report on Truth in the Age of Social Media and Storyful’s Social Newsgathering newsbook (found here: blog.storyful.com/ebook/): resources for tools and techniques of verification

www.icty.org/sid/97:  more information on how the ICTY conducted its investigations.

The Panic button app is useful to have in case a filmer needs emergency help. It sends location information to contacts.

archiveguide.witness.org/: resource on how activists should archive video information in the long term

guardianproject.info/informa/:  tool that captures valuable magadata to be used by third parties in the process of autentication 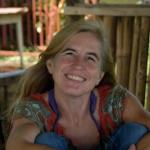 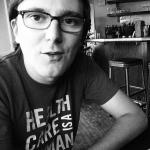 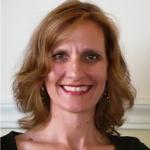 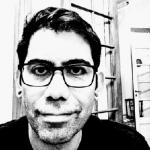 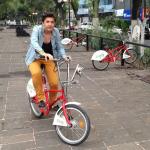 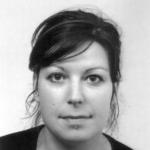 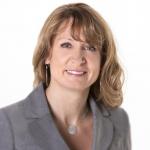 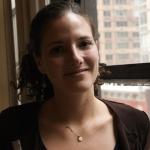