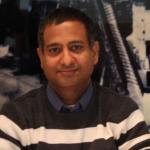 Ahmed Shaheed is Lecturer in the School of Law and Deputy Director of the Human Rights Centre. He is the director for PGT  modules on Human Rights, Diplomacy and International Relations and on Religion and Human Rights.

Prior to joining the University of Essex, Ahmed had served as a senior diplomat and human rights defender in  the Maldives in a career spanning 30 years. He played a key role in ending the 30-year dictatorship in the Maldives in 2008, first as the director of the government’s Human Rights and Democracy Project (2003-2007) and later as the founding chair of the Open Society Association of Maldives and as a leading member of the New Maldives Movement.

Living in exile since the democratically-elected government was deposed by a coup d’etat in early 2012, he has been actively engaged in supporting human rights defenders from the Maldives. Prior to the coup, he was leading an international investigation into corruption involving top government leaders in the Maldives.

Ahmed is also the founding Chair of the Geneva-based think-tank, Universal Rights Group. Since 2011, he has also been serving as the United Nations Special Rapporteur on the situation of human rights in the Islamic Republic of Iran.

In 2011, Amnesty International described Ahmed as the 'leading human rights defender' in the Maldives while in 2015, the UN Foundation awarded him the Leo Nevas Human Rights Award for a lifetime of work promoting human rights.