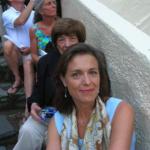 Her background includes 20 years writing and fundraising for close to 40 nonprofit groups in the U.S. and overseas.   Clients range from small, grassroots and start-up groups, to well-established and well-known organizations like Amnesty International USA and the U.S. Holocaust Memorial Museum.

Anne’s professional training was in theater.  Early years spent as an actress, then as a performer and writer of political satire, eventually translated into working directly for the causes she cares about most.  After two years as Development Writer at Planned Parenthood Federation of America, Anne lived and traveled in Central Europe with her husband and son for a year; on her return to the US, she served first as Foundation Officer and then Director of Development for one of the country’s leading human rights organizations, the Lawyers Committee for Human Rights (now called Human Rights First).

While at HRF, Anne helped the organization double its income and secure its first seven-figure gifts. After nine years there, in 2003 she launched her own independent consulting practice and has since helped a wide variety of social justice and human rights groups attract new supporters, increase their revenues, and build sustainable organizations.

Anne is a member of the Kellogg Action Lab College of Consultants, and a contributor to the 2009 Oxford University Press Encyclopedia of Human Rights. She sits on the boards of directors of Arts Engine and the Business & Human Rights Resource Centre, as well the Advisory Board of The Story Prize.

Anne attended Dartmouth College and graduated from New York University with a Bachelors Degree in Humanities. She studied acting with Stella Adler. She and her husband, playwright Joe Sutton, have two sons, James and Nicholas.