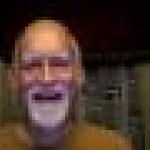 I grew up in Alaska. Part of that time we lived 20 miles from the nearest road, went to school by dogsled, and suffered with outdoor toilets (imagine twenty below and having to go in the middle of the night!). I had mountains, lakes, and wilderness as a playground and even as a young boy frequently went on solitary hunting trips. My friends and I damned up creeks and built a cabin on the mountain-side before I was old enough to be interested in girls.

Even today, after fifty years of living in cities, there is a part of me that still thinks (rather romantically and unrealistically) that I am a mountain man.

At age 16 we moved to Penn State University and I saw my first TV, telephone, and elevator. Over the next few years, both parents, an uncle, and three siblings all attended Penn State while I started an academic journey that took me through separate degrees in science, politics, and management. As all these fields might suggest, I had some trouble deciding what I wanted to be when I grew up.

In 1964, in the middle of my undergraduate work, I joined almost a thousand other Northern students as part of the Mississippi Freedom Summer assault on the segregated South. I stayed in Mississippi until April of 1965 and during that time was attacked by both civilians and a policeman, was threatened by a couple of mobs and by a man with a rifle, and was arrested. God must have been watching me pretty closely, because although I thought I was about to be killed several times, I was never even injured.

My “career” has taken me through a dizzying array of different roles including custom manufacturing, community development, university teaching & research, software development, carpentry, and (since retirement in 2006) writing, both fiction and essays. For a long time, this odyssey through all these careers puzzled me, but I recently realized that all of it was God’s way of preparing me for writing fiction which explores the uses of strategic nonviolence.

Now, in retirement, I am busier than ever. I am part of a group puzzling over the question of how to redesign government to be an effective democracy … or maybe the question is how to develop an operating system for planet earth. I am part of a healing prayer ministry, I tend my vegetable garden, and I continue to try to get my city-bred wife to love the wilderness (“No, Sweetheart, the bears won’t get you and there are no snakes in Alaska!”)