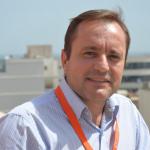 Carlo Binda started the Malta based partnership, Binda Consulting International Ltd., after ten years of international political and democracy development work in the Middle East and North Africa, Central and Eastern Europe, and West Africa.  Working with political leaders to establish new governance systems and institutions, civil society activists to entrench a civic sense of duty, and utilizing technology as a means to ensure progress is not eroded, Carlo has deep experience building on a career began in Canada.

Carlo was seconded from the Government of Saskatchewan to work as the Manager of Intergovernmental Affairs for the Royal Commission on the Future of Health Care in Canada. While with the government of the Canadian province of Saskatchewan, he served as Special Advisor to the Premier. He also possesses election campaign and party organization experience at the municipal, provincial, and national levels with Canada’s New Democratic Party.