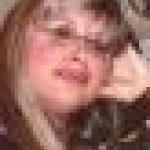 Colleen R. Beebe is the Director of Education at The Advocates. Formerly the Executive and Deputy Director of the Immigrant Law Center of Minnesota, Ms. Beebe is an attorney with expertise in immigration matters, having worked on refugee and immigrant issues for over 20 years as an advocate, paralegal and lawyer. A graduate of the University of Minnesota and cum laude graduate of Hamline University School of Law, she is also an Adjunct Professor at Hamline University School of Law and has been an adjunct at the University of Minnesota Law School, teaching on the inter-American human rights system. Bilingual in Spanish and English, Ms. Beebe has lived and traveled extensively in Latin America. She has worked for Lutheran Social Service of Minnesota and has volunteered with Fundación Social in Bogotá, Colombia, Comunidad Kairós and Centro de Estudios Legales y Sociales (CELS) in Buenos Aires, Argentina and Paz y Esperanza in Lima and Ayacucho, Peru. Ms. Beebe has also volunteered with the Minnesota Overground Railroad, the Colombia Support Group of Minnesota and is co-founder and board president of Peace and Hope Partnership International, a local human rights non-profit that exists to support the work of faith-based human rights groups in the Americas. She has also served as a board member of the Minnesota Justice Foundation and the Hispanic Academic Support Services. She helped to found and coordinates the Park Avenue Foundation/Volunteer Lawyers Network Walk-in Legal Clinic, a joint project with The Advocates for Human Rights. She also helped to found and is president of the faith-based human rights organization, Peace and Hope Partnership International.