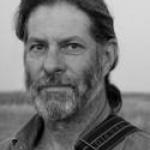 David Stuart is a co-founder and  the managing editor at FotoEvidence Press, a publisher of documentary photography focused on human rights and social justice.  His interest in human rights that began as a teenager at the United Nations International School in New York. He spent eight years working with the Boston College Media Reseach and Action Project designing and analyzing reseach on the mass media and political discourse. As the Executive Director of the Disarmament Action Network in Boston, he spent seven years working with dozens of organizations to mobilizie opposition  to the militarization of US foreign policy and international affairs.   He was a founder of the Freelance Players Inc. an educational theater organization on whose board he served for more than 25 years. He has managed political campaigns and worked as a consultant to social movement and non-profit organizations.