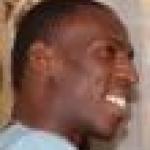 Evans Wafula is working independently as a Human Rights and Media Development Consultant.  He has worked as the Director of Africa Interactive in Eastern Africa and coordinated the Voices of Africa project which encourages African journalists to use mobile phones to promote human rights and democracy.

Evans Wafula has been practicing journalism since 1998. He has other specialties in other fields; including human rights training. He has worked for various media organizations including the West Africa Magazine, Central Africa Journal, Eastern Africa Magazine, Business Week, and the London based Africa Week magazine.

Besides, Wafula has previously served as board members for the Foreign Correspondent Association of East Africa (FCEA)-a media organization that represents the interests of foreign journalists and correspondents working in East Africa region and he is the co-founder of the Africa Journalists Commission on Human Rights (CHARJ)-A media organizations that champions press freedom in Africa.

Mr. Wafula has presented papers on Africa’s political transition in Africa, human rights, and democracy at various international forums where he has earned recognition.

He has participated as a faculty at the United Nation University-International Leadership Institute (UNU-ILI) in Amman, Jordan. At the UNU-ILI, he trained journalists from the Middle East and Developing countries on the challenges of reporting in conflict areas. He has also presented intellectual papers on topical issues about human rights in Africa and politicization of Religion in Middle East.