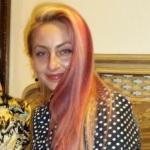 Jasmine Melvin-Koushki is Curator at Alhoush, a new online and offline platform for contemporary Arab art and design that has a niche in the representation and promotion of artists from areas of regional conflict and instability, such as Gaza and Iraq. She holds a B.A. in the History of Art from Yale University, and originally came to Jordan as a U.S. Fulbright Fellow in 2010 to pursue graduate studies in Islamic art as well as independent study of Jordan's contemporary art scene, particularly as a visual and social expression of Arab identities in transition. Her exploration of conscious arts-based cultural diplomacy began in 2009, when she curated Yale University's showing of "Breaking the Veils: Women Artists from the Islamic World", a traveling exhibit designed to harness the unique power of the visual arts to challenge stereotypes and build understanding of the contemporary Islamicate world.  More recently, she helped to establish an artisanal income-generating cooperative for rural Jordanian women as Design Consultant for Jordan's Royal Botanic Garden. She is currently Assistant Curator of the Alhoush initiative THIS IS also GAZA: A Celebration of Contemporary Visual Arts from the Gaza Strip.  In addition to her interest in art's grassroots cultural applications, Jasmine is deeply interested in the relationship between neurocognition and the visual arts. Born in revolutionary Iran to a Persian father and an Irish-American mother and raised between Riyadh, Boston, Kuwait, and Montreal, she is a passionate global advocate for arts-based cultural diplomacy and resistance, community building, and social and economic empowerment.