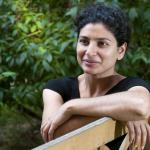 In 2010 she won a New York Emmy award for best writing for "We Are New York" a 9-episode broadcast TV drama used as an English language and civic engagement tool for immigrant New Yorkers.

Kayhan’s work has been supported by the BBC World Service Trust, The Environmental Protection Agency, Bronx Council for the Arts, the New York Foundation for the Arts, and the American Society for Muslim Advancement. Her work has been written about in such publications as The New York Times, Colorlines Magazine and The Washington Report on Middle East Affairs. Her published work includes Telling Stories to Change the World: Global Voices on the Power of Narrative to Build Community and Make Social Justice Claims” (Routledge, 2008).