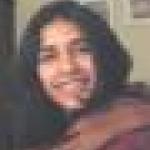 Madhuri Mohindar is a Video Producer at Breakthrough, translating human rights and immigration issues into the production and editing of online documentaries, music videos, PSA's, games and educational tools. Her background is in documentary filmmaking and journalism. She has worked on a number of documentary films featuring diverse subjects, including immigrant experiences, civil liberties, gay rights, and the impact of globalization on Bollywood dancers. Her documentary film, Red Roses, is a sociological portrait of South Asian women in a beauty parlor in New York, and has played at a number of international film festivals, including New York's South Asian International Film Festival, San Francisco Docfest and Globians Documentary Festival in Germany. It has also received substantial press coverage including CNN-IBN, the Asian Age, India Today, India West and the Brooklyn Rail. She has published numerous articles in Inter Press Service, a global news service dedicated to covering developing news features and has worked as an Archiving, Research and Publications Officer at Osian's, an Auction House, Film House and Archiving Centre of Indian fine arts, cinema and architecture.

Her desire to integrate media and social issues emerged after a Postgraduate Diploma in Social Communications Media at Sophia Polytechnic in Mumbai, after which she completed a Masters in Media Studies from the New School in New York.