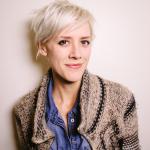 Mo Scarpelli is a non-fiction filmmaker and multimedia journalist. Her curiosity of humans and her compulsion to expose the underexposed has led her to shoot in more than 15 countries around the world. Mo is the Founder and Director of Rake Films, which produces character-rich films and multimedia stories for news and non-profits. Rake's award-winning short films with non-profits have screened at the World Health Organization, the United Nations and in global health events across Africa, Asia, Europe and the U.S. As a journalist, Mo has published work with the BBC, The Wall Street Journal, Africa Review, The Huffington Post and Narrative.ly. She holds a Bachelor's in Journalism from the University of Missouri, nearly 10 years of experience filming in unfamiliar territories, and that bottle opener onher at all times doubles as a tripod key.