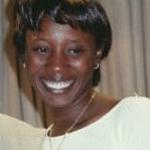 Neneh Binta Barrie was born and raised in Sierra Leone. Due to the war (1991 – 2002) she was forced to flee to neighboring Guinea as a refugee and lived in the refugee camps for six years. Whilst in the camps, she was hired by the Center for Victims of Torture (CVT) as a psychosocial worker where she was trained on the job to provide mental health support for refugees who were subjected to various forms of human rights violations. Neneh personally testified before the Truth and Reconciliation Commission and during the period when she was working for CVT worked with other witnesses testifying for the TRC.

Neneh rose to the position of Senior Counselor and Training Supervisor, CVT-West Africa. Subsequently, she was hired by The Special Court for Sierra Leone as a Senior Psychosocial Counselor, Witness and Victim Section, to conduct psychosocial assessments of victims of human rights violations who testified before the international war crimes tribunal; identify witnesses who required supplemental psychosocial support and counseling before, during, or after their testimony; as the senior representative of the psychosocial team, regularly attended trial sessions in which vulnerable witnesses were testifying; as well as a wide variety of other roles including advising the Psychologist and other team members about cultural issues and local customs. Neneh is presently a student majoring in psychology with a minor in peace studies at the Fairleigh Dickinson University Metropolitan Campus, Teaneck New Jersey USA.