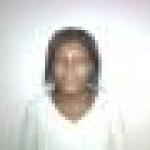 Nyaradzo Muzah is a Zimbabwean national who has permanent residence status in South Africa. She obtained a Bachelor of Laws Honours Degree from the University of Zimbabwe in June 2002 and worked in private practice. During the melee around the land issue and the political meltdown from 2000 onwards in Zimbabwe, many people were tortured, killed and harassed. She became a Trustee of the Media Lawyers Network, a group of lawyers who gave urgent legal assistance to journalists who were unlawfully detained or harassed. She also actively engaged in community education programmes on basic rights such as the right to freedom of expression and the right to free and fair elections. At the peak of the land issue, she was one of the few lawyers who risked representing white commercial farmers in opposing compulsory acquisitions. In July 2006, she was forced into exile due to these professional activities which were unfortunately viewed by some as politically incorrect in the combustible environment. She has become a Board member of the Zimbabwe Exiles Forum, an association working for the protection and promotion of the human rights of exiled Zimbabweans. Recently, the Zimbabwe Legal Professionals Association was formed and she was elected chairperson. Since October 2008, she works in the Refugee and Migrant Rights Project of Lawyers for Human Rights in Pretoria. Her work includes interpreting, implementing and advancing the human rights of asylum seekers and refugees, currently a very vulnerable group in South Africa. Nyaradzo is currently studying for a Masters in Human Rights and Constitutional Practice with the University of Pretoria.