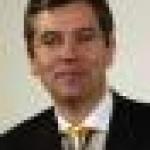 Paul Mageean is the Director of the Graduate School for Professional Legal Education at the University of Ulster.  He qualified as a solicitor in 1991 and spent almost five years in private practice with one of Belfast’s leading criminal law firms, P.J. McGrory & Co. In 1995 Paul joined the Committee on the Administration of Justice (CAJ), Northern Ireland’s foremost human rights organisation, as their Legal Officer.  During his time at CAJ, Paul successfully brought a number of cases to the European Court of Human Rights leading to the ground-breaking judgments of Kelly v UK and Shanaghan v UK.  Paul also led CAJ’s policy work on emergency laws, criminal justice, and inquests.  Paul authored the New Tactics Tactical Notebook, International Monitoring Bodies sharing how CAJ successfully utilized shadow reports to the Committee Against Torture - one of the mechanisms available through the United Nations for monitoring governments that have signed international conventions. After a short period as Acting Director at CAJ, Paul joined the Court Service as Head of the Criminal Justice Secretariat in 2004, where he had responsibility for ensuring implementation of the relevant recommendations of the Criminal Justice Review within the Court Service.  Before taking up his current appointment, he spent three years with Criminal Justice Inspection Northern Ireland which has a statutory remit to inspect the criminal justice agencies.  Paul has published a number of academic articles on the human rights aspects of the peace process.  He has also been involved in extensive human rights training, particularly in the Middle East.