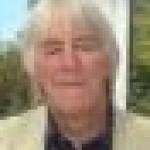 Ralph Crawshaw served as a police officer in England, completing his service in the rank of Chief Superintendent. He holds degrees in political science and international human rights law from the University of Essex, and is a Fellow of the Human Rights Centre at that University.

Since 1990 he has been extensively involved in the field of human rights and policing, working in an independent capacity with the Council of Europe, the International Committee of the Red Cross, and the Raoul Wallenberg Institute of Human Rights and Humanitarian Law. This has principally involved delivering human rights educational programmes on behalf of these organisations for police, prosecutors and military in various countries throughout the world. He has also carried out investigations into violations of human rights.

With co-authors he has produced text books on various aspects of human rights and policing, and a teaching manual.