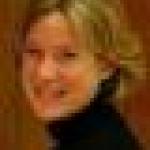 Jane Barry is a human rights activist and author, specializing in the intersections of peace, security and gender. In 2008, she designed and co-facilitated a series of training workshops on an exciting new concept called ‘integrated security’ for women human rights defenders from Asia, Central Asia, Latin America and Africa. Her latest books include: Insiste, Persiste, Resiste, Existe: Women Human Rights Defenders Security Strategies (with Vahida Nainar); What’s the Point of the Revolution if We Can’t Dance? (with Jelena Djordjevic) and Rising up in Response: Women’s Rights Activism in Conflicts. Jane also has considerable experience of humanitarian and human rights emergencies at the global policy level and in the field, where she worked for several years in the former Soviet Union, the Balkans and Africa designing and managing emergency response programs. She holds a Certificate in International Human Rights Law and Practice from the London School of Economics (LSE) and a BA from Middlebury College in Soviet Studies. She is currently a Principal at Linksbridge, LLC.