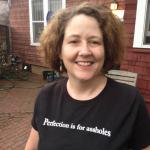 Kirk is the author of numerous books, including The Tiger King (fiction), More Terrible Than Death: Massacres, Drugs and America’s War in Colombia (PublicAffairs) and The Monkey’s Paw: New Chronicles from Peru (University of Massachusetts Press). She coedits the The Peru Reader: History, Culture, Politics (Duke University) and is an editor of Duke University Press’s World Readers series.

Her essay on Belfast is included in the Best American Travel Writing anthology of 2012 (Mariner Books). A short story, “The Quiet Company,” is included in Tomorrow, an anthology of speculative fiction from Kayelle Press and also appears inBeyond the Nightlight published by A Murder of Storytellers. Another story, “The Dark Army,” appears in the November 2013 edition of The Moon Magazine. “Sugar Pop,” about a teen working in a Chicago bakery, won an honorable mention in the Chicago Reader’s 2014 Pure Fiction contest.

Kirk is a Faculty Co-Chair of the Duke Human Rights Center at the Franklin Humanities Institute and is a founding member of the Pauli Murray Project, an initiative of the center that seeks to use the legacy of this Durham daughter to examine the region’s past of slavery, segregation and continuing economic inequality. An author and human rights advocate, Kirk directs the Belfast program for DukeEngage, in partnership with Healing Through Remembering, an extensive cross-community project dealing with the legacy of past conflict and human rights. She is a lecturer in Duke’s Department of Cultural Anthropology.

An essayist and award-winning poet, she has published widely on issues as diverse as the Andes, torture, the politics of memory, family life and pop culture. An award-winning poet, Kirk also won the 2005 Glamour magazine non-fiction contest with her essay on the death penalty, available in the November 2005 issue. Her essay, “Best dog ever,” is featured in the Oxford American’s “Best of the South” issue published in May 2010. She has been widely published; her writing has appeared in the New York Times, Mother Jones, the Washington Post, the American Scholar and Sojourners, among other publications.

In the Fall of 2006, she was a Fulbright lecturer at the Human Rights Center at Istanbul Bilgi University in Turkey. In 2005-2006, she was a consultant to theGreensboro Truth and Reconciliation Commission, the first-ever truth commission within the United States. Kirk authored, co-authored and edited over twelve reports for Human Rights Watch, all available on-line.

In the 1980s, Kirk reported for U.S. media from Peru, where she covered the war between the government and the Shining Path. During that time, she also prepared reports for the U.S. Committee on Refugees, including the first report ever on the plight of Peru’s internally displaced people. Kirk is a former Radcliffe Bunting Fellow and is a past winner of the Media Alliance Meritorious Achievement Award for Freelance Writing.

She is a graduate of the University of Chicago and holds an MFA in Children’s and Young Adult literature from Vermont College of Fine Arts.

More of Kirk’s work is available on her Scribd site. She can be reached at robinkirk13@gmail.com, through herFacebook Page or on Twitter at @robinkirk.