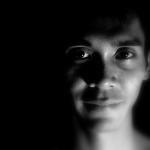 Ron de Vera is a development worker, LGBT rights activist, educator, writer, photographer, poet, and sports fanatic rolled into a small frame of 130 pounds but towering at a height of 6'2".

He is currently the Global Secretariat Coordinator of the Reality of Aid Network, an international Southern-led North/South Network that aims to reform aid policies and practices. He also serves as the Spokesperson and Head of Education of SAFE Philippines (Social Action For Equality), a small organization that documents hate crimes against LGBT people in the Philippines. He is involved in regional work through the ASEAN SOGIE Caucus where he is the Head of Research and Documentation.

Ron is an educator at heart. He started as a communication and culture trainer at Convergys Philippines where he consistently moved up the ladder and eventually headed its curriculum team. He also served as the Coordinator of the Human Rights Education Program of Amnesty International Philippines before teaching English and Business Communication at Asia Pacific College.

On the side, Ron occassionally writes op-eds for Digital Journal, Filipino Freethinkers, and Outrage Magazine. He writes poetry and has a special liking for the haiku. He loves taking photos with his Nikon D90 but chose to use his now-retired mobile phone (Nokia N96) in completing a 365 Photo Project.

Before turning 30, he finally decided to face questions about the disappearance of his father and the torture of his mother during martial law. Answering these question and coming to terms with his sexuality all contributed to a life-changing decision to leave the corporate world and enter development work on a full time basis.