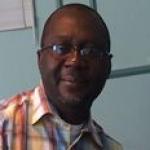 David Kwesi Ghartey-Tagoe is a product of Mfantsipim School in Cape Coast, University of Swaziland, University of Ghana, Legon and the Kwame Nkrumah University of Science and Technology, Kumasi and holds a Diploma in Education, Bachelor of Arts in English and History, a Masters Degree and Certificates in Journalism.

Kwesi taught English at secondary school level. Suspending the art of chalk and talk, he pursued a career in Journalism. He joined Lando Services, a multimedia consultancy firm as the Operations Manager. While there, he produced two programme series for Ghana Television: Health Matters, which he also hosted, and Panache, a beauty and fashion magazine programme. He also supervised the production of a number of television adverts.

In 1999 Kwesi left Lando Services to assist in the establishment of Radio Peace, a not-for-profit rural grassroots community radio dedicated to giving ‘voice’ to the community in addressing social concerns and promoting social change. He is currently the Station Manager of Radio Peace and very passionate at what he does. He has been instrumental in organising and facilitating a number of training sessions in several rural communities; empowering community members to participate in radio programme production. Again, he played a key role in the establishment of the Ghana Community Radio Network (GCRN), currently the main institution supporting and facilitating the development of rural community broadcasting in Ghana. And at its Annual General Meeting in 2008, he was elected Chairman of its Council. Kwesi is very much involved in Media Training and has also presented academic papers around the theme: Community Journalist and Civic Engagement in various places including the University of Guelph.