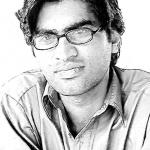 Safeer Ullah Khan has been working in development sector for past 12 years. He has been responsible for the communications needs of various organizations and has also managed quite a few projects during his career in development sector. He has worked as Project/Program manager, as Editor for newsletters and magazines; and has been serving Bedari as Advocacy and Communications Manager since April 2007.

He has developed communications material including posters, brochures, banners, calendars, and annual reports for various organizations. He has also written success stories, case studies and reports for updating websites (www.bedari.org.pk). He has designed and executed advocacy campaigns on peace, domestic violence and more recently on child marriages.

He remains active on various social networking websites including Facebook, Twitter and Blogs. He blogs at (www.safeerkhaan.wordpress.com). He has created a fan page for Bedari at Facebook and regularly updates it.

Another important skill of his is to write scripts for theatre plays and video documentaries. He has served two advertising agencies as Concept Writer. He supervises Bedari Theatre Program and is a founding member of Theatre Wallay – a volunteer theatre group that aims at reviving meaningful theatre in Pakistan. He has hosted radio shows on various human rights issues, acted in street theatre plays to raise awareness on women’s rights and children’s rights.