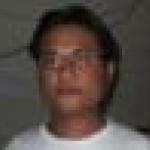 Saw Kweh Say a native of Burma, was born in 1973. Shortly after his birth in 1975, Saw’s village went under attack and rather than living in a relocation camp, his family chose to hide in the jungle. They suffered numerous hardships including a lack of education and medicine as well as the death of his father in 1976 by the Burmese Army. Hiding from the army was extremely difficult for his family, so they decided to move to the Thailand border in 1983. Another round of army attacks lead he and his family to live in a refugee camp in Thailand from 1984-1994. Distraught by all the injustices in the camp, Saw left the camp and returned to his home village. He also began working for an organization first called Burma Issues then the Peace Way Foundation. Saw has worked to collect many instances of human rights abuses including the documentation of the burning of his own home. Saw has also worked as a video coordinator and has produced many videos which speak to the suffering of internally displaced people and continues to promote his work in video advocacy through trainings.