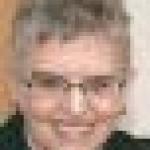 Shulamith Koenig - founder of PDHRE, People’s Movement for Human Rights Learning, recipient of the 2003 UN Prize in the field of Human rights* (An award given to five people every five year  1966. She is one of five Americans to have received it who are : Eleanor Roosevelt, Martin Luther King, Jimmy Carter, and James Grant. Others have included Nelson Mandela.)

She is the Founding President of PDHRE, the People’s Movement for Human Rights Learning –formerly known as- People’s Decade for Human Rights Education- which she had founded in 1988 with the goal of creating --in the words of Nelson Mandela --a new political culture based on human rights—and to enable women and men alike to participate in the decision that determine their lives and live in community in dignity with one another,  moving from Charity to dignity guided by the holistic human rights framework. To that end, Ms. Koenig had:

For more then 20 years she worked as an industrial engineer. With her husband Jerry they manufactures  water saving products for irrigation and water systems.  She published numerous articles,   manuals , wrote  for and and supervised the publications of Passport to Dignity and women hold up the sky  –two comprehensive volume ad video series on  human rights and  women; Human Rights learning  a People's Report,  Call For Justice -a resource packet to empower the work of NGOs at the community level. And recently a volume publishes with UN Habitat : “Human Rights Cities, Civic engagement for Societal Development”.

The human rights cities are being developed as an  “argument” for the imperative of learning about human rights as a way of life at the community level and as relevant to people’s s daily lives.  Moving from charity to dignity.

We hope you had an inspiring experience going through the pages of this book. You may possibly want to develop a human rights city in your country. We are here to serve. Allow us to tell you who we are and summarize the vision and practical mission of the human rights cities.

Our Mission: PDHRE was founded in 1989 as a non-profit, international service organization with a deep belief in the power of human rights learning for economic and social transformation. PDHRE has worked directly and indirectly with its network of affiliates and partners in over 60 countries around the world to develop and advance the learning about human rights as way of life. It enables women and men to re-imagine their lives and discover their own power to define the destiny of their community. Participating in the planning of their future, the human rights framework provides them with the guideline to pursue their hopes. In pursuing its work in the field, PDHRE is constantly revitalized by actions being taken in the community to create a space for a meaningful change as a result of internalizing the praxis of human rights. Assuming social responsibility, people move away from humiliation to belong in their community in dignity with others.

Human Rights Cities: Imagine living in a society where all citizens have made a pledge to build a community based on equality and nondiscrimination; --where all women and men are actively participating in the decisions that affect their daily lives guided by the human rights framework; where people have a holistic vision of human rights to overcome fear and impoverishment, a society that provides human security, access to food, clean water, housing, education, healthcare and work at livable wages, sharing these resources with all citizens-- not as a gift, but as a realization of human rights. A Human Rights city is a practical viable model that demonstrates that living in such a society is possible!

We live in a world where a multitude of organizations work to solve the enormous problems humanity is facing one project at the time. PDHRE believing that the holistic, practical human rights framework if known and internalized by women and men at the community level holds the promise for meaningful, positive change. For that purpose PDHRE is facilitating the development of sustainable Human Rights cities around the world. A Human Rights City is where local groups and organizations, those attending to a larger range of social and economic justice issues in the city, join to learn about human rights as relevant to their daily lives. Forming into a Steering Committee they develop learning programs throughout the city, encouraging people to participate in the decision that determine their lives. They develop critical thinking to examine symptoms vs. causes of many issues such as lack of clean water, violence against women, poverty, education, food and employment. These are issues that can be solved if the decisions made by communites are guided by the human rights framework.