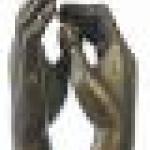 I was an activist in the American Civil Rights Movement (also known as the Southern Freedom Movement) from 1963 to 1967, first with the Congress of Racial Equality (CORE) and then on the field staff of the Southern Christian Leadership Conference (SCLC) in Alabama and Mississippi. Arrested more than a dozen times, I participated in, and led, sit-ins, marches, picket lines, and other forms of direct-action protest. As part of my duties with CORE and SCLC, I trained demonstrators in the strategies and tactics of Nonviolent Resistance.

I was one of field secretaries active in the voting-rights campaign that Dr. King led in Selma Alabama, and I helped organize the March to Montgomery. Assigned to voter registration work in rural Alabama, I confronted racist sheriffs and survived multiple attacks by the Ku Klux Klan. I participated in the Mississippi March Against Fear, and then in the long, bloody struggle for justice in Grenada Mississippi.

After leaving the South in 1967, I helped organize the first mass mobilization against the Vietnam War in New York City. As a student at San Francisco State College, I was a leader of Students for a Democratic Society (SDS) and part of the historic 1968-69 student strike for Third World Studies.

In 1970-71 I worked with anti-war U.S. Marines in the Asian military zone ("WestPac") and was editor of the "Semper Fi," an underground, anti-war, newspaper clandestinely distributed on Marine bases throughout the war zone. After the war, I became a labor activist, first with the ILWU, and then the National Writers Union (NWU). Until 2001, I served as NWU Secretary- Treasurer (now retired).