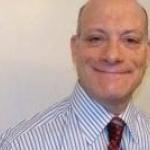 Tom has been an educator, activist and champion of distributed democracy (the practice of using new media tools and old-fashioned organizing to engage citizens in investigating their government, reporting on it, challenging it and changing it) for over 20 years. Tom has started or led ten nonprofit enterprises in the arts, community development and civic engagement. In 1994 Tom organized “42ndWard Citizens for Chicago’s Future,” a grassroots effort that was part of a successful regional coalition to stop the expansion of casino gambling into Chicago. He was the founder of the Community Arts Program at Peoples Housing that combined cultural programming with training and micro-enterprise. He has been fighting privatization and leading efforts to inform citizens about the true state of local government finance, corruption and service quality. He was a co-founder of Protect Our Parks, which litigated successfully to stop the Latin School from privatizing part of Lincoln Park in 2007, He was a co-leader of No Games Chicago, which was an all-volunteer citizen’s effort that worked to defeat the bid for the 2016 Olympics.  In 2010 he was the Green Party candidate for Cook County Board President. He teaches classes on creativity, public policy and civic engagement for several local universities.