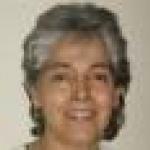 Julia Veronica Matus Madrid  is the director of the Extension Program at UNIACC University, Santiago, Chile, that works with people that received the benefits of the Chilean Reparation Law and also researches on Learning us a way of repairing men and women that experienced human rights violations, registering memories and in dialogues about human rights as a way for daily living in respect of diversity (“convivencia"). She also creates and integrates the Quality of Life Consultants to carry out issues of quality of life at work, emphasizing the importance of triangled cooperation between public and private, companies, citizens and state networks, as well as the importance of human rights in local daily living and the importance of gender dimensions in local communities. Ms. Matus began her career as a lawyer in the Committee for Peace in 1973, after the coup in Chile and continued later in the Vicariate of Solidarity. Simultaneously she worked actively in the women's movement, and belonged to one of the first feminist associations in Chile during the 80’s, La Morada, since its beginning. Ms. Matus also directed the Women’s Program of the Chilean Human Rights Commission (1991 to 1997).