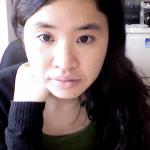 Yvonne is the Senior Archivist at WITNESS, an international nonprofit organization based in Brooklyn, New York, USA that uses the power of video and storytelling to open the eyes of the world to human rights abuses. Before coming to WITNESS in 2009, she was a research fellow on the Preserving Digital Public Television project of the U.S. National Digital Information Infrastructure and Preservation Program. She has also worked with audiovisual collections at the New York Public Library, NYU Libraries, and the Canadian Filmmakers Distribution Centre. Yvonne holds an MA in Moving Image Archiving and Preservation from New York University, and a BA in Cinema Studies from the University of Toronto.