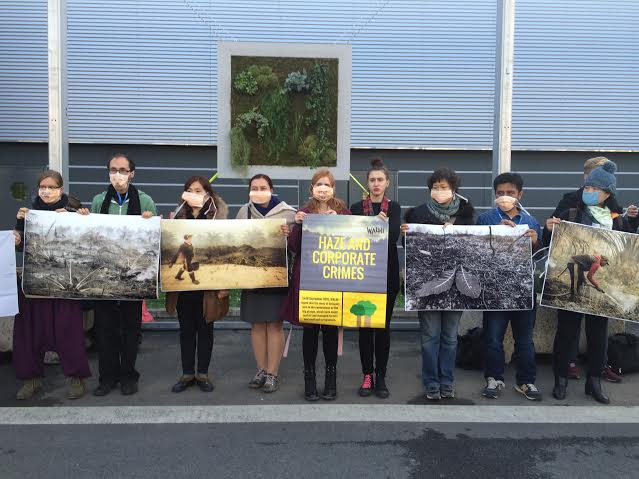 A restaurant near Shanghai is charging customers a “clean air fee”to breathe unpolluted air. This is a response to air pollution levels hitting “red alert” status. It begs the question: is a healthy living environment a human right or a commodity?

Some proponents of a profit-driven model believed human rights would survive without intervention. One executive, brokering a multimillion dollar agreement, told me in private,“Some NGOs are worried that the transnational [corporations] will abuse rights. It should be fine... We’ll just change the wording.” In other words, let’s not change programs to protect human rights if it affects the bottom line.

Tom Goldtooth, Director of the Indigenous Environmental Network, based in Minnesota, had a solely rights-based perspective. Goldtooth believes, “Climate capitalism only feeds the 1%. It keeps them doing what they are doing at the expense of our local communities.”

Health is be a human right (ICESCR, Article 12). However, COP21 demonstrates that the relationship between health and human rights is often as hazy as the skies of Shanghai. In the Paris Agreement, the right to health was differentiated from, but coupled with, human rights. Skander Essafi of the International Federation of Medical Students' Associations, says, “Some delegates would agree about [including protections for] ‘health,’ but not ‘human rights,’ because some countries are not as progressive…” This connection caused health to be included, only to then be removed from the text several times. 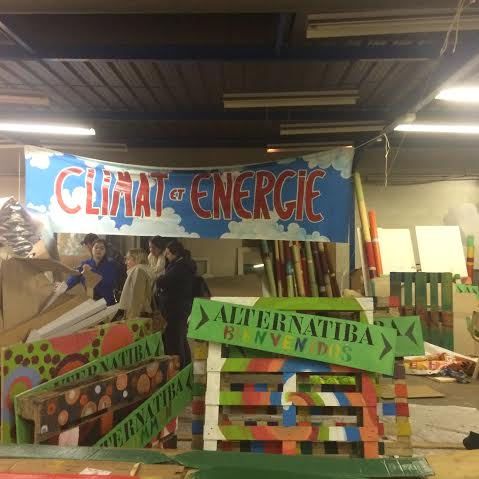 I observed part of the process of writing the Paris Agreement in which the moderator attempted to streamline a readthrough. Immediately, dozens of nations protested this hastened pace. The problem was Article II, which established the Agreement’s purpose and legally-binding protection of human rights. I could not help but empathize with both the delegates and the moderator. Imagine writing a paper with 195 cranky and exhausted people with the weight of the world on their shoulders. It’s a tough job.

It is upsetting that human rights are controversial, and not a given. If human rights were globally valued and enforced, naming them in Article II would not have been as problematic. Even nations that preach human rights, like the United States, pushed for eliminating the entire Article II,  claiming it would obscure the Agreement’s purpose. In Paris, political and special interests took precedence.

Ultimately, both health and human rights were cut from the legally binding section of the Paris Agreement. However, even if the Agreement falls short of enforcing rights, the world’s efforts to mitigate and adapt to climate change cannot ignore human rights.

Responding to climate change creates opportunities to simultaneously address human rights, health and economic development. At COP21, I was inspired by Rukayyaa Muhammad, a mother from Nigeria. Her son was born prematurely during a power outage caused by the unreliable national grid. Muhammad recalls “[My son] didn't have oxygen for the first 10 or 15 minutes of his life, which made him slow in growing up.” Despite this terrible experience Muhammad has hope for the future. At COP21, Muhammad  challenged world leaders to “help developing countries use clean solar energy in hospitals...to achieve the minimum mortality rates.” In Nigeria, a country with high neonatal and maternal death rates, solar energy could be an ideal solution to improve health, human rights and economic development. This synergy leads to equitable climate policy.

Health care providers in the United States are already turning to renewable energy. Kathy Gerwig, author of “Greening Healthcare” and Environmental Stewardship Officer at Kaiser Permanente says, “We're installing solar because we care about health...solar in our facilities equates to health in our communities.” Not only does this promote healthier community members, Kaiser’s carbon negative trajectory is simply good business.

Our response to climate change is not a battle between business and human welfare. Solutions to climate change could breathe life into the human rights movement, provide opportunity for equitable growth, and ultimately improve health.  We need climate justice for Rukayyaa’s son, the citizens of Shanghai, and all the people of our planet. Protecting human rights, especially the right to health, is as necessary as the air we breathe.