Governments around the world target youth for military recruitment and service. In response, human rights organizations have developed innovative ways of introducing youth to non-violent alternatives to military service and combating the culture of militarism. This tactical dialogue is a space for those working with and interested in engaging youth in non-violent alternatives to militarism to share their stories, challenges, resources and ideas.

New Tactics hosted this dialogue with the help and engagement of students from the St. Thomas University, Conflict Resolution studies course.

Growing Up in a Militaristic Environment:

There is a general tendency within the U.S. and other countries to value the national military, which is supposed to protect citizens and act on their behalf.  This is linked to the belief that violence is acceptable when inflicted by those in uniform.

Oftentimes militants are portrayed as heroes, and recently video games and other forms of media have had a major role in desensitizing youth to militaristic violence.  Youth are even encouraged to join military preparation programs such as the Jr. Reserve Officer Training Program while still in grade school.   In this way, the government has a considerable role in militarizing youth.  It can create national initiatives and training camps to encourage patriotism and engage youth in militarism.

However, the reasoning behind joining the military varies drastically from youth to youth, even amongst those who grow up in similar social circumstances.  Some feel that they have no other choice, and others who are forcefully recruited truly do not have a choice.  Children often join militant groups to avoid poverty, social exclusion or inequality, etc., or to lessen the burden on their families and communities.

In some communities there is an expectation that youth who are able will join the military, and they are pressured into joining.  Parents are often the source of this pressure. In other (although fewer) cases, parents and communities participate in efforts to divert youth from militaristic action.  Families and communities are also vital in the process of reintroducing those who have already been militarized back to civilian life.

Religion also plays a considerable role in the likelihood of youth to engage in militarism.  Most religions deliver both violent and nonviolent messages, but different interpretations of religion can throw this balance to one side or the other.

Many youth in the U.S. join the military simply because it is one of their easiest post-high school options.  It is much easier to join the military than it is to apply to college in most cases, and much less expensive.  In fact, youths are given immediate (help paying for college, the chance to see the world) as well as long-term (job security) incentives to join the military.  Job security is especially attractive when the economy is suffering as it is now, which is why military recruitment numbers actually increase during economic downturns.

Militaries usually can provide greater incentive for youth to join the military, especially as they have more money to spend on these efforts.  An enormous amount of the state budget goes to military spending, rather than to other measures that would improve national security such as eradicating poverty and creating jobs.  They also have young recruiters who are good at identifying and recruiting youth.  Anti-military efforts need younger voices and a way to engage the youth themselves, rather than just targeting the bureaucratic side of the issue, which doesn’t directly involve youth.

Military recruiters portray service as a great opportunity professionally, educationally, and monetarily.  Students at many high schools, especially in rural America, hear this and have few other options laid out for them.  Because recruiters put a lot of effort into areas where few others do, they are often successful.  They make service seem glamorous, but the reality is very different from what recruiters, commercials, and other advertisements show.  One way to help change this is by clearly listing both the benefits and disadvantages of joining the military, as many are not made aware of the dangerous realities of military service prior to their recruitment.

Armed groups also use the allure of power as a recruitment method.  The power that having a gun or weapon gives one is also a dangerous lure to military life.

The UNDP assembled a report on Youth and Nonviolent Conflict that discusses, among other things, the role of gender for youth in militarism.  It also includes a list of strategies used by militaristic groups to recruit youth.

One possible alternative to military service for high school students (in the United States) is AmeriCorps.   Many churches also offer service positions, some even partner with AmeriCorps and may also offer to fund some part of the volunteer’s education.  The Catholic Network of Volunteer Services publishes a list of 200 similar service programs, both religious and secular, called “The Response Directory.”  However, while the military provides a steady salary, AmeriCorps does not, nor does it offer equal educational compensation, therefore it is not really an equal replacement option.  Also, the military provides a career path, and AmeriCorps, etc., do not.

Sports can be a great way to bring youth together.  In some areas, youth are brainwashed by militaristic groups or kidnapped, especially in areas where unemployment is high.  In these areas, it can be difficult to reach out to youth and teach them about nonviolent ways of living, and utilizing the popularity and teamwork of sports can be a great first step to reaching out to youth.  Sports also have a positive effect on participants’ psychological health and can help to reduce aggressive behavior.  However, while sports can keep youth busy and off the streets, they can sometimes encourage aggressive behavior and are also used in militant settings to increase competitiveness.

Educating youth about topics such as human rights, governance, and conflict issues can also help them make the choice to avoid militarism.   A part of educating youth is pointing out the “tricks” that the military employs and detail examples of fraud within the military. Because those in uniform are thought to be trustworthy and honorable, pointing out fraud is necessary to counter this often false image of trust and respect.

Another great way to learn how to prevent youth from engaging in militarism is by listening those who have succeeded in resisting militarization themselves, despite being under great pressure.  It is especially important to hear from those conscientious objectors to militarism who have actually participated in the military, or in other words, involve veterans in youth outreach efforts.

It is also important to incorporate parents in anti-militarism efforts, although these results will only be seen in the long-term.

Youth are heavily influenced by celebrity figures such as musicians and actors, therefore getting these role models involved in the anit-militarism movement could prove to be an invaluable tactic.  However, Celebrity culture can also be detrimental to the cause, since in modern times in preaches sex and violence more than peace and love.  The 1960s-70s are great example of music promoting peace.

Examples of Anti-Militarism Efforts and Other Successful Projects: 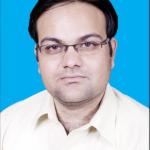 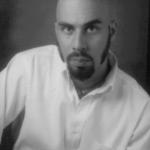 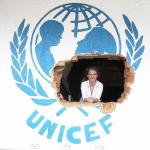 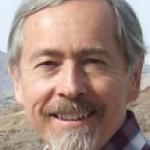 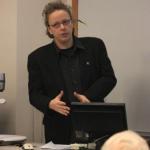