A global culture centered on information access emerged in the past few decades. Information and communication technologies (ICT) are increasingly available to advance the ease and efficiency in many areas of life. ICT holds particular promise in areas of governance and public participation. Open government, government 2.0, and e-government proponents believe governments in the digital age can use information to reduce corruption and increase government transparency, accountability, efficiency and citizen participation.

Human rights advocates contend that successful use of ICT in governance requires access to information, education and the ability to share information for citizens. Civil society organizations (CSO) like Janaagraha in Bangalore India utilize ICT platforms to mobilize citizens to reveal government corruption. Janaagraha launched a website called “I Paid a Bribe” in 2010 to allow citizens to develop a record of bribery in public service delivery. In 2013, they launched mobile apps and SMS services to increase corruption reporting. Their data was later utilized by Bhaskar Rao, a transport commissioner in Karnataka to create reforms in the motor vehicle department. Citizens now apply for driver’s licenses online in order to eliminate potential demands for bribes.

This online conversation will identify how ICT can be an effective or ineffective tool in increasing transparency and public participation on many levels.

What is Government Transparency, Citizen Participation, and Open Government?

Using Open Government technologies such as social media, legislative websites, or application programming interfaces and databases does not always mean that a government is implementing Open Government strategies. More data may indicate more transparency, but not necessarily openness to participatory, inclusive, or accountable decision-making. Civil society organizations can help by clearly articulating their desired outputs and outcomes and actively organizing and involving citizens to increase government transparency and engagement.

ICT tools can be very useful in promoting greater government transparency and citizen participation, but their access and use pose unique challenges.

First, there are barriers associated with usability of ICTs. Marginalized populations often suffer from lack of resources for ICTs, cultural and literacy barriers, and other concerns, so ICTs may not be an effective tool to help them gain access to politics. Even highly educated people may not be familiar or comfortable with the latest technologies, and language barriers may prevent others from using ICTs effectively. Within populations that have access to ICTs, many lack the time to use them simply because they have responsibilities working or caring for their families. Some of these problems can be solved by involving local people in ICT development so they are more likely to be interested and using pre-existing platforms such as Facebook.

Second, the effective development and maintenance of ICTs is costly and may not produce the expected results. Data management is important and may require professional experience that planners and stakeholders do not have. ICTs are frequently used in ways that the developers do not expect, even after extensive research. Additionally, gathering information and making that information accessible does not always easily translate into responses from people in power, nor does increased communication within civil society groups necessarily result in increased political effectiveness. In fact, the use of ICTs may backfire if not adequately planned.

Due to these challenges, it can be difficult to convince governments, NGOs, and citizens to “buy in” to ICT tools and use them effectively. Conversation participants identified incentives, proactivity, and accessibility as methods of encouraging buy-in. Cost savings are good incentives for governments. Outreach to government offices to build trust before suggesting changes can increase buy-in, as can free training modules and wikis. Convenience is a major factor in encouraging buy-in from citizens, but technologies must also deliver consistent results and make participation count to stimulate continued participation. In addition, meeting communities where they are can ease the fight against entrenched interests, established rules, and a lack of incentive for change. As these technologies become more and more common, they will be easier to adopt.

The integrity of digital records is a major concern when using ICT in governance. The trustworthiness, accessibility, and maintenance of records are crucial to government transparency. Both a lack of capacity and a lack of political will can cause governments to fail to make digital information accessible and keep it well-maintained, but without a framework for information governance, ICTs may lead to the misleading and misinforming of citizen, rather than their empowerment.

A first step is to create government awareness that in a digital environment, achieving information integrity and access through time requires a well-defined legal and regulatory framework and a new set of skills. Digital records must be in a useful format and must be protected from deterioration over time so they continue to provide the evidence needed to hold governments accountable.

Using ICTs may also take away from other important tactics. Citizen groups frequently focus on the use of ICTs to the detriment of building a collective voice, leading to a lot of information but little action. If technologies generate data that is not then acted upon, they will fall out of favor. Long-term, listening-based, citizen-focused approaches are key to the use and success of ICTs.

The Aspen Institute on Open Government

UN Department of Economic and Social Affairs Report on E-Governance

Publish What You Fund

Report: IT and Administrative Innovation in Korea 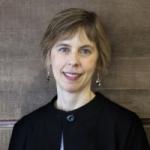 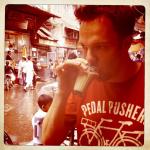 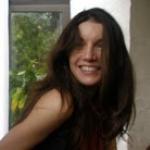 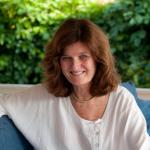