There are estimated to be 470 million indigenous people in the world, from 5,000 different ethnic groups, living in 90 countries. James Anaya, former Special Rapporteur on the Rights of Indigenous People, has defined indigenous people as "living descendants of pre-invasion inhabitants of lands now dominated by others. They are culturally distinct groups that find themselves engulfed by other settler societies born of forces of empire and conquest." Despite the United Nations having issued a Declaration on the Rights of Indigenous Peoples including land rights, the land rights of indigenous people have increasingly come under threat.

The adoption of legal tactics and appeals to international institutions has been an effective tool in fighting to uphold indigenous populations’ rights to land. The Endorois, a traditional Kenyan pastoralist community, were evicted from their ancestral land at Lake Bogoria in the 1970’s. The Kenyan government displaced the population in order to establish a national reserve and expand tourism within the region, famous for its hot springs and prominent wildlife. The lake was central to the Endorois’ religion, culture, and burial practices; furthermore, they were forced to move from fertile to arid land, where the vast majority of the community’s cattle perished. The Endorois attempted to seek remedies by arguing for either the right to return to their land, or for adequate compensation for their suffering; they appealed to the national government, local authorities, and the Kenyan Wildlife Service to no avail. The Endorois, the Center for Minority Rights Development, and Minority Rights Group International, appealed to the African Commission on Human and People’s Rights in 2003, on grounds that the Kenyan Government’s actions had violated the rights of their community. In 2010 the Commission expressed their support for the coalition, determining that the government had violated the Endorois’ property rights to ancestral land, in addition to their right to develop, as the land had been converted without the consent of the community. They ordered the Kenyan Government to compensate the Endorois for their loss, as well as to take steps to return their ancestral land to them. The Commission’s decision set a new precedent for African nations under their jurisdiction by maintaining the importance of upholding indigenous peoples’ land rights.

There is no single comprehensive definition of “indigenous peoples.” This is largely attributed to indigenous peoples themselves who do not want to be defined. There are four factors put forward when defining indigenous peoples. These factors are also reflected in Article 1 of the ILO No. 169, (Convention concerning Indigenous and Tribal Peoples in Independent Countries). The questions to ask are: what aspects are considered crucial criteria and what are the pros and cons of each?

Self-identification is recognized as a criterion for defining “indigenous” in the Committee on the Elimination of Racial Discrimination (CERD). Self-identification stresses the importance of both a group and an individual expressing desire to be identified and recognized as a people. It is important to note that “indigenous” is a generic term and depending on countries and regions, there is often a preference for other terms such as first peoples/nations, tribes, etc. In the international arena, “indigenous peoples” is often used. In addition to self-identification, the African Commission exhibited the necessity of linkages between peoples, their land, and culture. However, there are significant challenges when considering linkages to “land.” The use of the term “territories” provides a more “diverse and complex spectrum of Indigenous geographical space concepts and connections”. Self-identification, land, and ancestral territories are becoming more critical in the face of urban migration.

Importance of free, prior, and informed consent (FPIC)

The idea of FPIC was a response to the increasing demands from the global movement of the indigenous peoples. This concept is a key principle in international law and legislation related to indigenous peoples. The UN Declaration in Article 10 (UNDRIP) and the UN Guiding Principles on Business and Human Rights highlights the importance of FPIC rights. However, consent and consultation must be distinguished.

FPIC is proven to play a pivotal role in creating relationships between Indigenous peoples and corporations. FPIC can be made into reality, but there are some challenges such as:

In response to some of these challenges, documents were created by the FAO, IFAD, AIPP, and IWGIA on FPIC implementation to help in areas of land acquisition and investment projects.

The role of land in indigenous peoples’ lives

Land has provided the means for food, shelter, identity, and survival for indigenous peoples for a long time. The importance of indigenous land conservation must be recognized by national governments and international entities. International bodies and organizations such as the UN, IUCN and CBD already have acknowledged indigenous people’s role in the conservation of natural resources and land. The IUNC began the initiative for international conservation in their Durban Action Plan, calling for stronger collaboration between the protected areas communities and potential allies.

ICCA is a model that links two ideas: the association between specific indigenous peoples and areas of natural resources and to the effective local governance and conservation of nature. This method, despite being long-established, is not highly acknowledged.

It is also noted that human rights declarations, such as the AHRD, requires contextualization for its effectiveness.

Indigenous people in the past decades have resisted by:

Human rights defenders have various means of monetary aid through organizations such as Frontline Defenders and the Urgent Action Fund.

Another form of indigenous land advocacy can be discovered in technology. Using modern GPS and 3D mapping technologies, communities can map their own territory. Current tool developers, such as The Engine Room has contributed to this endeavor. Other initiatives include programs from Rainforests Foundation UK, Landmark, and Digital Democracy/Forest People’s Programme. Mapping is important because it has the ability to be used in the court room.

Implementation of Land Rights through the Legal Sector

A challenge to overcome is to ensure enforcement and political will in upholding indigenous land rights. The ILO Convention 169 and the PEC 215 exists in Brazil which supposedly empowers the indigenous. However, legal frameworks are useless without public awareness and pressure from all sectors of society. This is why litigation can be a positive tactic in assuring current regulations for the protection of their land rights. I will prove the importance and beneficial effects of litigation in a few reasons.

Strategic litigation has the ability to challenge the constitutionality of the legal framework that determines the use of natural resources. In Mexico, because of the social-collective property of land, secondary laws favor private interests. The use of agrarian law is proven to be competent in protecting collective property.

Litigation can end in major victories. An example of this is in the Juba Wajiin indigenous community where a landmark victory, reviewed by the Supreme Court of Justice of the nation (SCJN), favored them over the mining companies.  The people fought for their FPIC and won. A victory in the on-going Ogiek case, would speak volumes to the recognition and protection of land rights in Africa. By using litigation, regardless of the outcomes in court, success is achieved through their impact in the community. In the Brazilian case of the Mapuche, their fight galvanized the community, even attracting human right organizations and media.

It is worth noting that litigation also has the ability to involve many members within the community itself. The K’iche People in Guatemala is a worthy example of effective indigenous participation. Land Rights Now, a large international coalition, fights in campaigning for an unprecedented mobilization of Indigenous Peoples.

Anti-terror legislations are created to condone the targeting of activists. Berta Caceres of Honduras was killed for her activism. Policies must be implemented to reject human rights violations by other countries. A first step is through the Berta Caceres Humans Rights in Honduras Act created by Rep. Johnson, Henry C. “Hank” Jr., a U.S. Representative.

Examples of usufructuary rights in Canada can be found here. 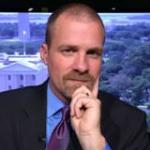 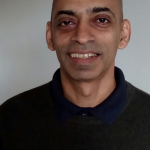 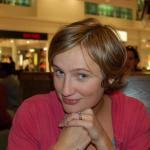 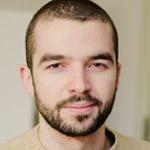 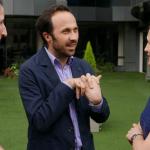 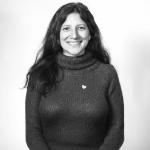 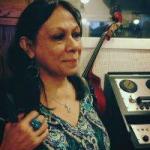 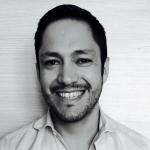