Daily headlines around the globe portray the numerous conflicts that arise as a result of heated points of contention. Seemingly disparate ideologies, unequal distribution of resources, political, ethnic, cultural and religious differences can all be contributing factors in the emergence of conflict between groups. In the aftermath of conflict, what role can reconciliation play as a path forward; toward healing, peaceful relations, improved communication and functioning societies?

Since the Indonesian government refused to acknowledge its role in violence from 1965 to 2005, Indonesian NGOs and CSOs organized a “Year of Truth,” holding ten public hearings and writing a final report on the events.

The Equal Justice Initiative marks lynching sites in the Southern US with plaques in order to acknowledge and commemorate violence against Black people.

Canada established a Truth and Reconciliation Commission to acknowledge and apologize for the experiences of Aboriginal children at residential schools.

Women’s NGOs from Southeastern Europe worked with international groups and national leaders of the 1999 Stability Pact to create a Gender Task Force focused on women’s issues.

Association Modeste et Innocent (AMI) councils Hutus and Tutsis who took part in or were harmed by the genocide in order to help engender forgiveness between perpetrators and victims.

The Forgiveness Project uses storytelling to open a dialogue around forgiveness, reconciliation, and conflict resolution and to promote understanding.

Namgis First Nation (Canada) hosted a demolition ceremony of a former residential school to help with the healing process of Aboriginal children who had endured abuse there.

Timor-Leste organized a truth commission to uncover human rights abuses from 1974 to 1999 and to help with the reconciliation process.

An Overview of Reconciliation

Defining “reconciliation” is challenging, in part because it is a complex, multifaceted term. The Institute for Democracy and Electoral Assistance defines it as both a goal and the process by which that goal is achieved, which can have many steps.

Reconciliation takes place at multiple levels, from official government apologies to face-to-face encounters between schoolchildren and individual activists. Yet challenges exist at every level. Government apologies may not be sincere, or the government may refuse to recognize the very existence of an event. In such cases, NGOs and CSOs may be able to take the lead in seeking the truth, acknowledging the events that occurred, and commemorating the victims. This work can be dangerous, however, inciting resistance from those who benefit from the status quo or whose version of the truth is different.

In addition, it is not always clear when reconciliation has been reached. Ideological conflicts may be reconciled without “justice, extensive truth-telling, or acknowledgement of historical events.” Identity-based conflicts, however, can be more difficult to solve and the reconciliation process can stagnate.

A first step in power sharing is to bring the leadership of opposing factions together. Brokerage by the UN or other international or regional organizations can help with this process. However, while official leaders are crucial to the process of restoring stability after a conflict, CSOs also play an important role in offering support. Having established networks through their work during the conflict, they can use those connections to promote reconciliation; however, they often struggle to maintain neutrality, which can undermine their work. Finally, inclusiveness is a major component of the process. An engaged and empowered constituency is more likely to result in stability.

Multiple conversation participants identified women as a constituent group that is frequently marginalized and disempowered in post-conflict negotiations. Many women activists, who make up a large portion of those providing assistance during a conflict, develop valuable leadership and political skills. However, post-conflict violence often deters them from continuing their activism. Yet if given the opportunity, women can make a difference even on the international stage.

One of the most pressing questions after a conflict situation is how to engender reconciliation. Truth commissions are one increasingly common means and have been used in Rwanda, Canada, Timor-Leste, and Colombia, among other countries. Each commission is different, but one conversation participant’s experience working on the Timor-Leste truth commission led her to emphasize “putting victims at the heart of the commission and community-based approaches” and “community reconciliation for perpetrators of lesser crimes” as two particularly important aspects of the process.

In many post-conflict situations, reconciliation is not about returning to a past reality—which may have contributed to the conflict—but rather about forging a “social transformation” and a new way forward.

Another problem is a lack of resources to care for victims, even those who testified for truth commissions or otherwise participated in the formal reconciliation process.

One reality is that truth and justice are not enough in post-conflict situations. Economic development is imperative to help victims out of poverty. Some projects have combined this need with the necessity for reconciliation, devising shared projects for economic development. Yet these projects are often context-free, under the assumption that simply working together will eliminate former enmity, any with little analysis of long-term impact. Thus, their ultimate impact is unknown.

Another challenge confronting actors in post-conflict situations is a lack of resources to care for victims. The “victims’ right to rehabilitation” may be set aside while truth commissions focus on other aspects of the conflict. Rehabilitation mechanisms developed as part of a truth commission may be dismantled at the end of the commission’s mandate. Some who testify for a commission may never receive assistance, leaving them bitter and struggling. This is problematic because short-term processes for truth, reconciliation, and justice are not sufficient to re-establish social cohesion and healing.

Conversation participants discussed the differences between healing and forgiveness, with the former being more individualized and medicalized and the latter being a choice at both the individual and community level. Reconciliation, conversely, happens at the community level.

Truth and Reconciliation Commission of Canada

“The Legacy of Canada’s ‘Cultural Genocide’”

“Could You Forgive the Unforgiveable?”

The Institute for Justice and Reconciliation 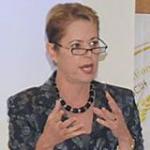 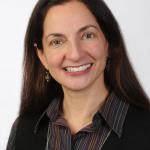 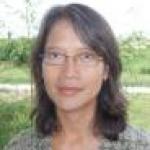 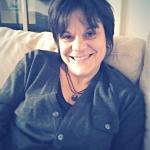 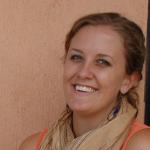