Video for Change and Impact

The use of video as a tool for creating social change is determined by the impact that video can have on individuals. Understanding the intended and unintended consequences, both positive and negative, of the use of video in advocacy efforts is critical to its implementation in successful social change.

In this conversation, discussion leaders and participants evaluated how impact can be created and how individuals and organizations can measure, monitor, and evaluate the impact of their video for change efforts. Conversation leaders explored the stages at which impact can occur (research, training, production, filming, and screening) and discussed how to design appropriate strategies given desired impacts.

Defining Video for Change and Impact

Video advocacy is one of the most effective tactics that can be used in change-inspiring movements. The reason for this is the extended reach that films can have and how they are able to appeal to emotion more effectively than a published article or any other method of information dissemination. What exactly are videos for change?

Video for Change can be defined as the use of video as an approach to support social movements, document rights violations, raise awareness and share knowledge on social or environmental issues, or to otherwise contribute to social change. What is significant about this particular definition is that videos for change are an approach used to support social movements or to contribute to social change.

Much like any tactic, videos are more commonly “deployed as a tool or an asset” within a movement, rather than as stand-alone products. By thinking of videos in this context – that is, a film having a “place within a larger impact ecosystem” – the pressure to do too much is taken off of other singular cultural assets or tactics, thus allowing the video to play a specific role and leaving other tactics to their respective roles. This is true in just about any social movement where “complex processes of social change make it almost impossible to be able to fully attribute change to one single tool or process,” which in this case is videos for change. Being able to separate the role of videos within a larger web of social-change efforts is important when we begin to monitor and evaluate the impact that it has.

Video for Change typically serves a short-term purpose. Hence it’s supporting role within larger activism efforts. While there are examples of longer term success with video advocacy, films can be particularly successful in sparking interest or a desire to act by its audience or audiences. Films in today’s multi-media heavy setting commonly have a short shelf life – they can be the hottest topic one day and entirely fade out from conversation the next. So again when constructing a video for change and predicting impact, thinking realistically about what you would like to accomplish can be useful in ensuring positive impacts within whatever timeframe is expected to follow distribution.

Each of the abovementioned aspects of Videos for Change is relevant when understanding the impact or impacts that they can have. Defining impact presents more of its own challenges. On the one hand, impact can involve weighing up a set of priorities and setting specific objectives, and on the other, recognizing that impact can be outside of the realm of expectations. There can be unforeseen impacts, and impacts that were expected to occur that in reality did not. In sum, impact is how a video – the production of it, the video itself, and the distribution of the video – affects everyone involved in it. One conversation leader said that the simplest synonym for impact is “change.”

There are different ways to make impact. Models of Impact vary from organization to organization, and perhaps across regions, not to mention that models are constantly being created and adapted based on a particular movement’s needs. One conversation leader reminds us that because “impact” can translate to something very different from film to film, one type of impact is not necessarily better than others. There are, however, a couple of important differences between impact types to be considered, including target audiences and the significance of the production process itself.

One approach believes that engaging specific audiences around particular objectives can lead to the maximum effectiveness of a video. Another perspective takes into account the fact that when advocacy media is created, there is not always a clearly defined affected group or community group. Yet, that even when audience is not considered, there is still a lot of planning that can take place when thinking through potential impacts (benefits and risks) on different groups of actors. Contemplating the need for a target audience or not is important in designing a model of impact for a particular video project.

The audience is not the sole area where impact can be created though. Much like there are a variety of tactics that can be used to enact change, there are also many ways that films can create change. One conversation participant noted that the creation and distribution of video itself is a social process, where those involved in the production process are experiencing impact and perhaps share that impact with their community. Each of these impacts can be unexpected and entirely independent from the intended impact on viewers that comes from distribution. The video, and its subsequent impact, are defined by more than just the reactions of viewers, though these are indeed quite significant to the overall impact that a film has. When you work with an identifiable group, the way you approach impact can be defined based on the agendas and assumptions of all those involved in crafting the project.

In fact, it is in the social nature of the methodology that much of the subsequent impact is created, according to one conversation participant. They believe that the engagement and participation of actors directly affected by the issue at hand in the process of production and/or distribution is a defining feature, rather than an add-on. In this model of impact, the community and stakeholders are considered the first source of impact and the general audience second. In another model, the wider, external audience is seen as the largest potential for impact.

An example of a participation-focused model of impact is that of Video Volunteers which works with a large number of “Community Correspondents” (CC) who view a video for change, and then monitor impacts that they have in their community. When a CC identifies an impact, they are first asked questions about it for documentation purposes. The questioning also serves as practice for the next phase, in which they are given the opportunity to make their own impact video and be compensated three times as much for it. This model of impact encourages activism and builds local capacities for creating impact, but of course requires many resources. Impact can be created and monitored in many ways and as stated before, one size does not fit all.

Measuring impact is the most difficult aspect of video advocacy, yet it is obviously very important. In asking what we will be measuring and why, objectives can be better outlined and prioritized, thus making the film more pointed and intentional about its impact, hopefully leading to more impact. This is not always possible though.

In some cases, impact can be measured by the achievement of a specific goal. For example, if the goal of an impact video was to get a local road fixed, the measurement of that impact can be very clear – either the road was fixed or it was not. Evaluating the entire impact of even this simple example is more complex however. Who exactly did the video reach? What conversations were had because of it? Will it causes other communities’ roads to be fixed? Will it spark debate about the effectiveness of government?

So, evaluating impact can be both quantitative and qualitative, and to varying degrees. In many media spaces, success and impact are often judged primarily through quantitative measures such as numbers, distribution, views, people reached, etc. However, impact is not necessarily always created because of the size of audience but their relevance to an issue. An example of this is whether you working to impact a small local community or to influence a group of decision-makers. Again we are reminded that videos for change can be so effective because of their unique ability to appeal to emotion, but if the information shared in a film is entirely irrelevant to a community, they may not be an effective source of impact. And so, aside from the numbers themselves, qualitative measurements seek to understand what is being done with the video and who is using it on the distribution side, and what skills collaborators learned in the process on the production side.

Depending on what filmmakers are seeking to accomplish with their video project, quantitative and qualitative measurements are given different importance. Another factor to consider is that impact changes over time. So depending on when assessment is done, the visible and measurable impacts of the video project can change or evolve. This goes back to the notion of films oftentimes being used to spark action and not necessarily used as long-term advocacy efforts.

The Video for Change approach measures impact at multiple points of the whole process (i.e. planning and research, consultation, pre-production, shooting, editing, outreach and engagement, evaluation, etc.) and then divides impact into the areas being affected by the video:

WITNESS lists many indicators of impact and then monitors them through a bi-monthly reporting system. Every six months, they reflect on desired outcomes and their qualitative successes to evaluate if they are on track to meet their goals.

"The Participant Index" is used for measuring the social impact of entertainment on its audience. They consider different criteria or impact points such as:

They then measure how emotionally affected audiences are by films based off their conclusion that the greater the emotional involvement someone has to the story, the more likely they are to move to social action.

Augustus Boal of Brazilian Forum Theatre uses a method of interaction whereby scenes are stopped and the audience is allowed to comment on what the next action of an actor should be, rewind the play a little bit, or even step on stage and act out the 'change' they would like to see. Audience members are considered “Spectactors” because of their participation in the performance. 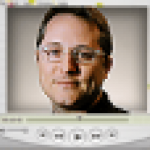 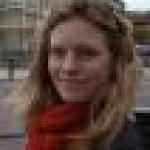 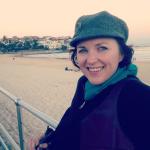 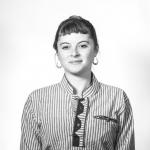 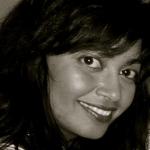 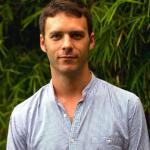 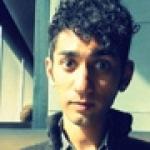 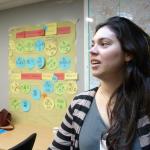