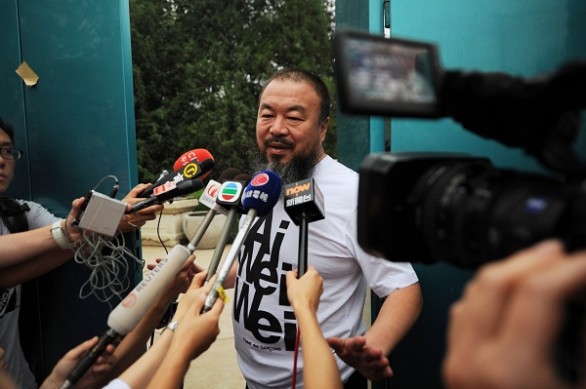 Ai Weiwei is a world-renowned Chinese artist and activist who has been creating provocative contemporary art pieces around the world for much of the 21st century. His work contains powerful political messages about human rights and democracy and has sparked much controversy among its viewers but mainly from Chinese authorities. He uses his creativity, sense of humor, and strong symbolism to create pieces that have angered the Chinese government for years. His work ranges from documentary films to architecture to photographs to music to art exhibitions.

Ai is a refugee from China since 2015 and is currently living in England, but Ai is no stranger to being forcibly displaced by the government. He was born in Beijing in 1957 and his family was put into internal exile when he was just one years old. His family was exiled for 18 years after his father was denounced as a “rightest.” This shaped his views on Communist China and the actions governments will take to maintain power. In an interview, Ai explains that his work is mainly influenced by these life experiences and the experiences of his father. His determination to speak out about government corruption and human rights abuses emerged from the countless stories he heard growing up about the horrible things governments will do. His father saw this firsthand when he fled from Nazi Germany to China when he was 12 years old. 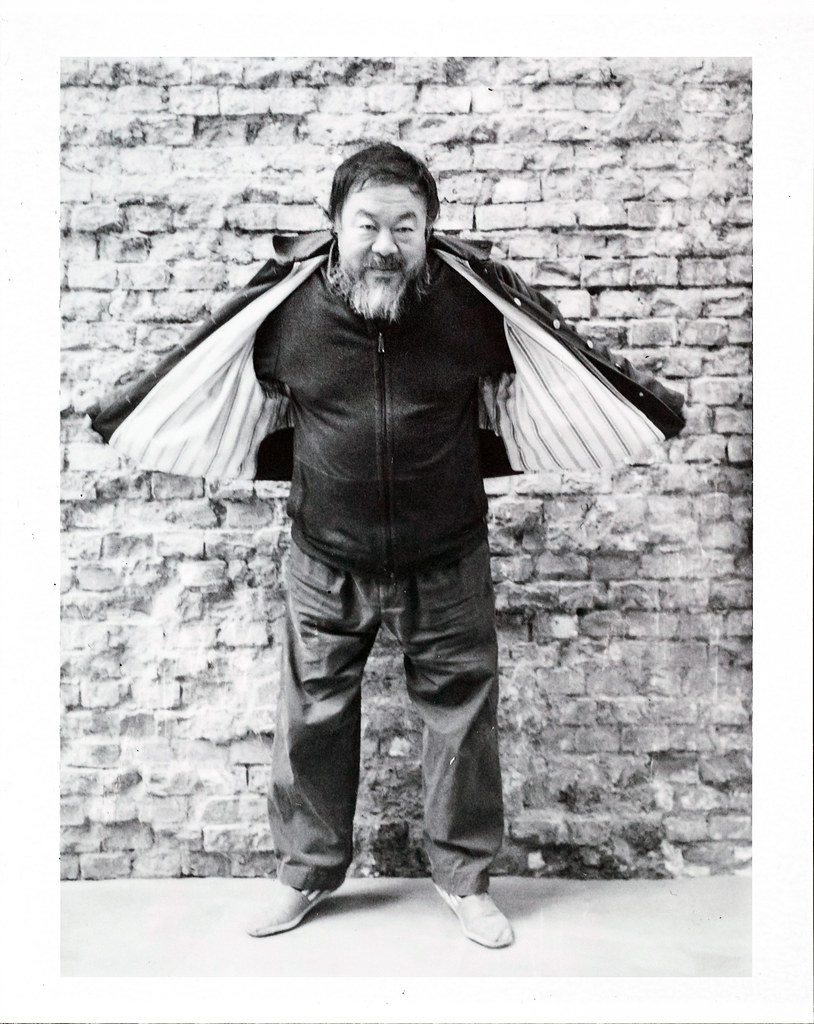 Following the death of Mao Zedong, his family was able to return to Beijing in 1976. He attended school in China, as well as studied English and filmmaking in the United States before returning to China in 1993. He spent years gaining a following through his scathing social commentary and criticisms of government policy. He wrote for popular blog sites, helped curate local art exhibitions, and had independent showings of his own controversial art pieces. The Chinese authorities began monitoring him closely in attempts to censor his activism. Beaten by police, put under house arrest, and threats on his life are just some of the issues Ai has faced during his fight for change. Ai became known on the global stage in 2008 when he collected and published a list of over 5,000 children who were killed in the Sichuan earthquake due to substandard construction of schools. Rather than addressing the government’s fault in these deaths, the government took action on Ai instead. Many of his volunteers for this project were arrested, his blog was shut down, and he was brutally beaten.

The Chinese authorities were looking for a reason to arrests Ai for years and their time came in 2011. They arrested him on charges of tax evasion while Ai’s supporters widely viewed his detention as retaliation for his vocal criticism of the government. He was in jail for 81 days before he was released without being charged for this crime. However, the government confiscated his passport, and he was highly surveilled with restricted movement until 2015. He moved to Germany with his wife and son where he has continued spreading awareness and pushing for change. 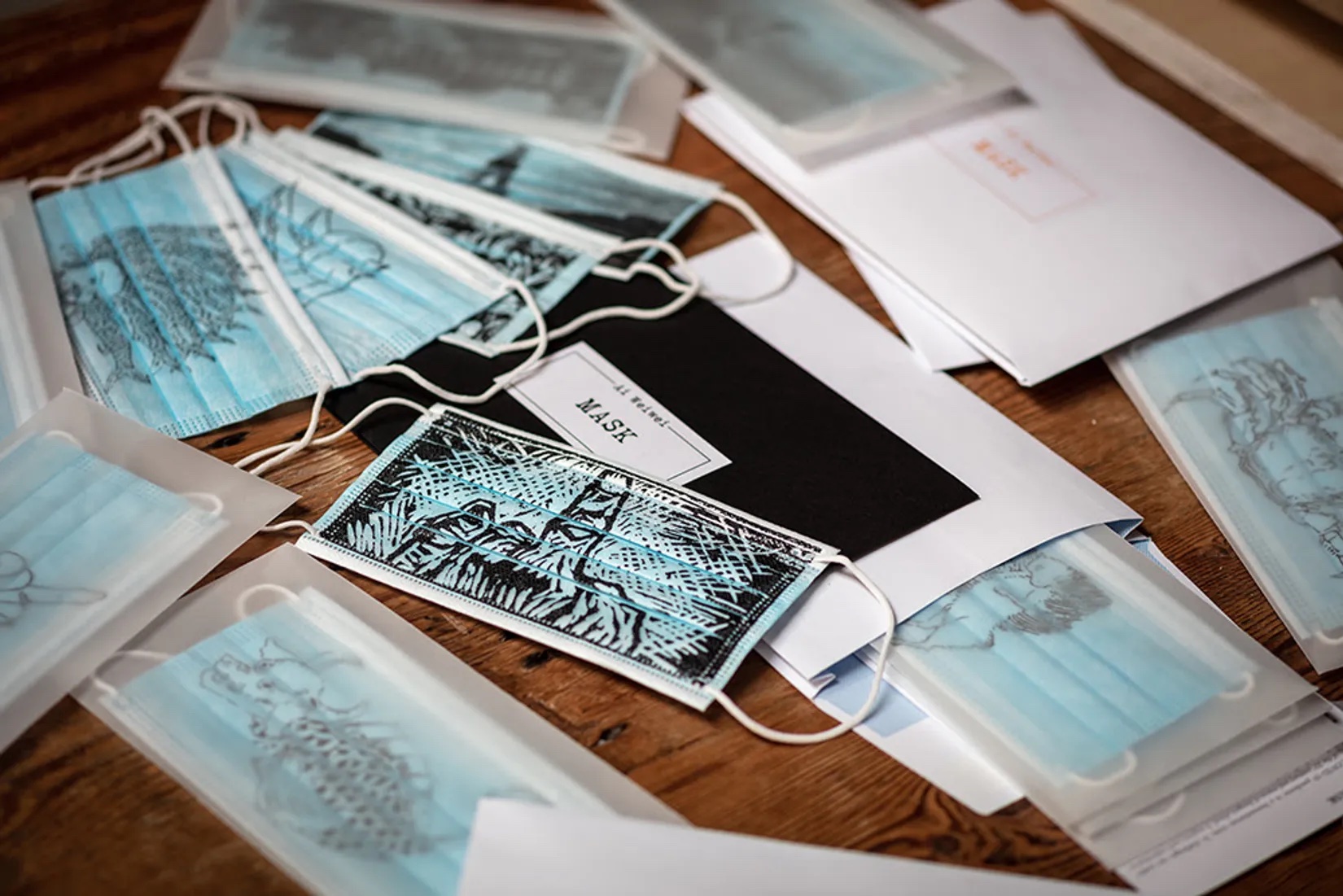 Ai has produced and directed over 15 films but one of his most well-known is the Human Flow documentary released in 2017. It is about the current global refugee crisis depicted by taking the viewer to over 20 countries to understand both the scale and the personal impact of this massive human migration. An award-winning biographical documentary about Ai titled “Ai Weiwei: Never Sorry” was released in 2012. It tells the story of his struggles and the inspiration he is sparking among people throughout China and around the world. His recent work has aimed to highlight the Rohingya refugee crisis that he says is “a crisis that has almost been forgotten.” Ai is very adaptive to the times and creating work on new platforms to reach bigger audiences. He is creating online news broadcasts, podcasts, music available on popular streaming platform, Spotify, and very active on Twitter (which has been disabled by the Chinese authorities on many occasions.)

In 2020, Ai partnered with the Human Rights Watch during the pandemic to create symbolic face masks to raise money for human rights work during this time. He is also in production of a documentary about the happenings on Wuhan, China during the COVID-19 pandemic titled Coronation.

Ai Weiwei Pieces You Should Know: 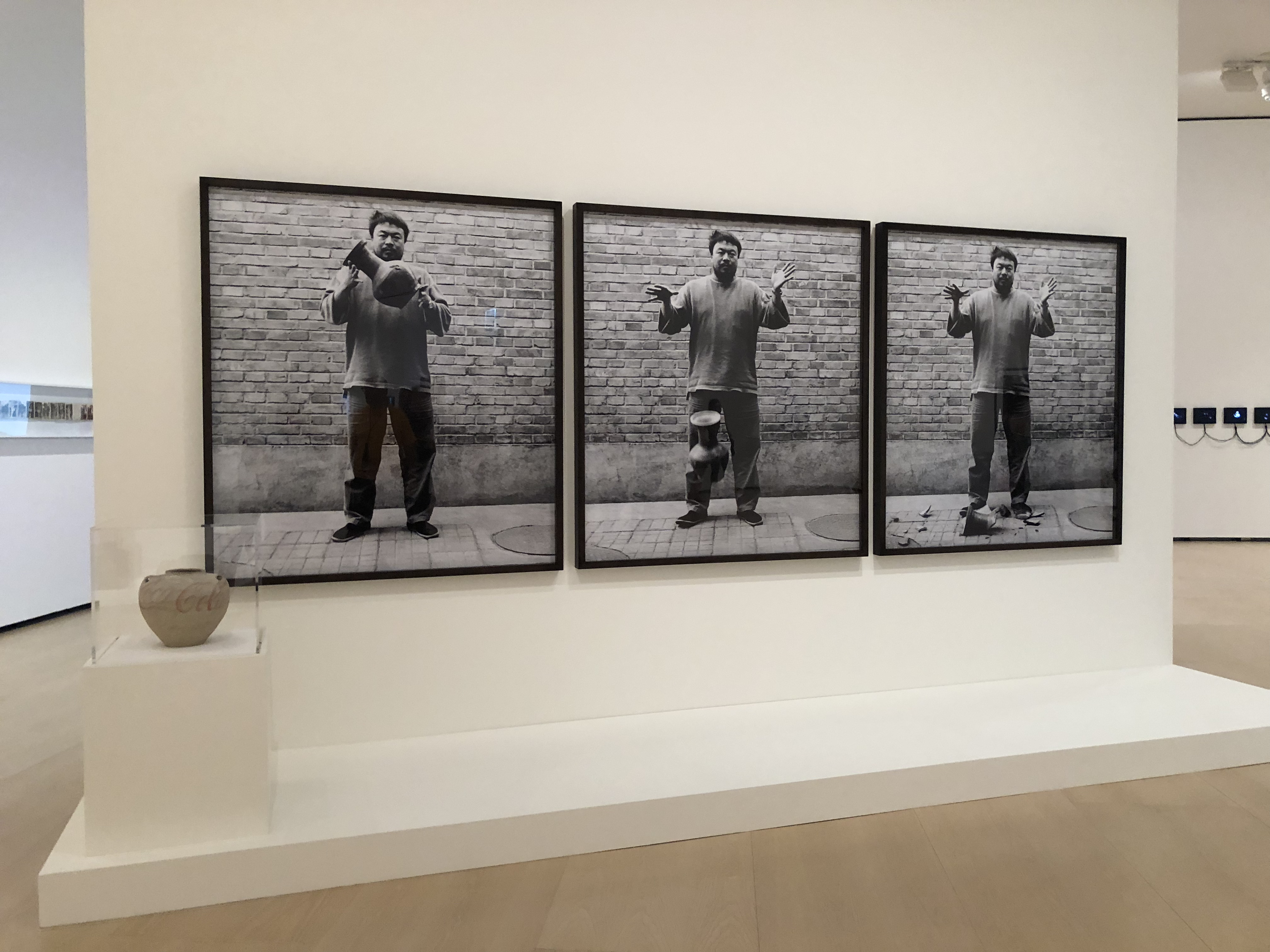 In three photographic still frames, Ai lets a 2,000-year-old ceramic urn fall from his hands and smash to pieces on the ground. This artifact had symbolic and cultural worth dating back to The Han dynasty (206 BCE–220 CE). Ai deliberately breaking this iconic form from that era is equivalent to tossing away an entire inheritance of cultural meaning about China. With this work, Ai began his ongoing questioning toward how and by whom cultural values are created and exploring China’s traditional heritage that former chairman, Mao Zedong, had tried to wipe out during the Cultural Revolution (1966-76). 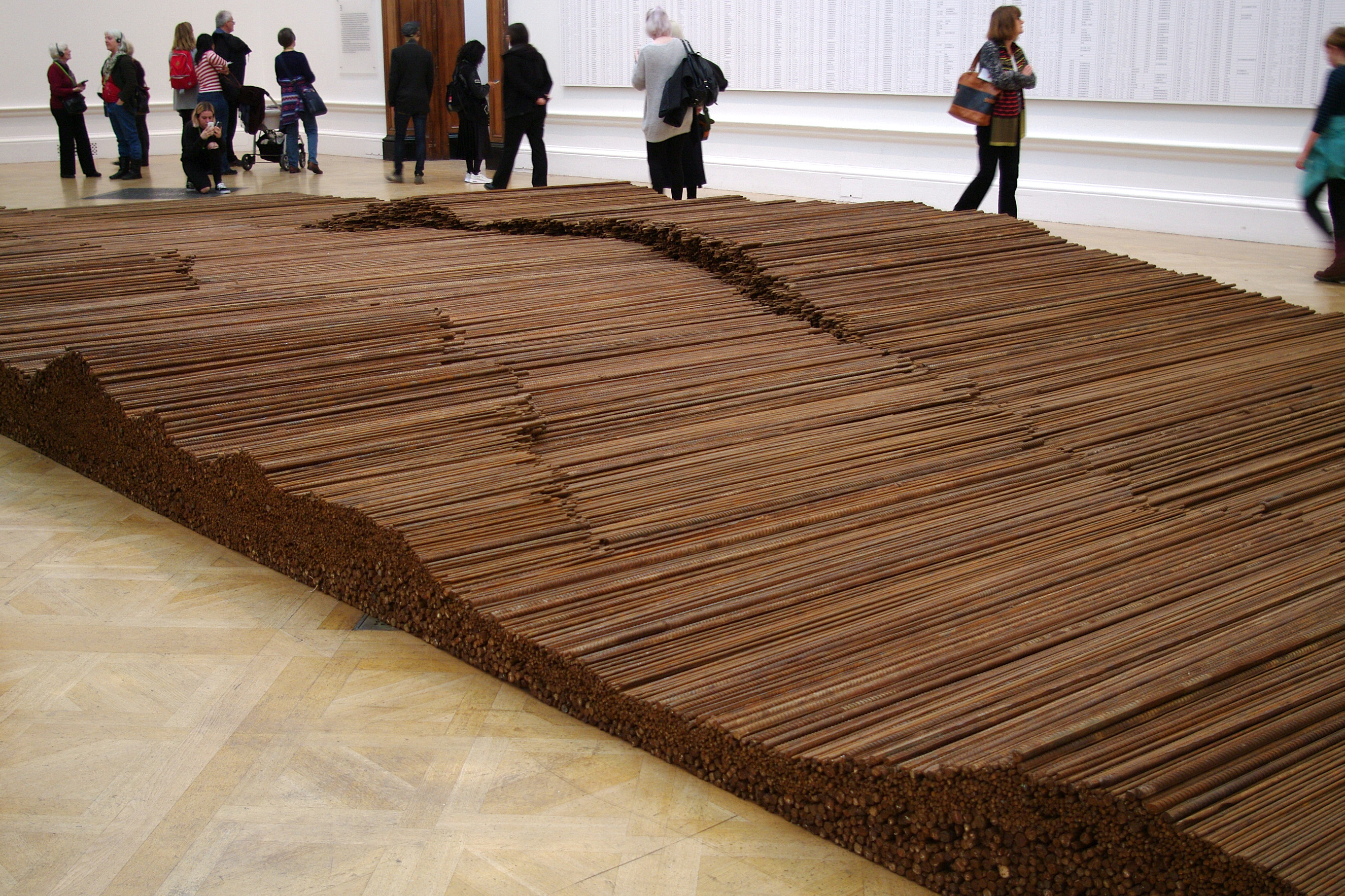 Following the release of the list of children killed in the Sichuan earthquake in 2008, Ai created this poignant response to the poorly built schools in the Sichuan province that were held up by steel rods which twisted and mangled in the quake. These straightened rods make up the 90-ton floor-based sculpture, that is laid out in broken undulations recalling fault lines. This piece had many variations located in three locations including The Hirshhorn Museum in Washington D.C. and the Royal Academy of Arts in London. 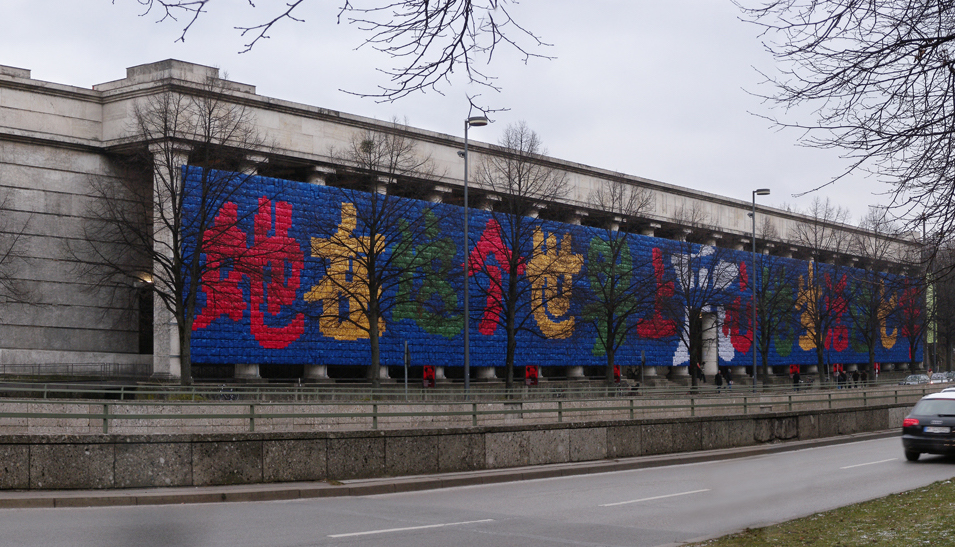 Another piece in response to the Sichuan earthquake consisted of 9,000 school children’s backpacks hanging on the . The different colors are arranged to depict the sentence, “For seven years she lived happily on this earth” in Chinese lettering, which was uttered by the mother of a small girl who perished in the quake. 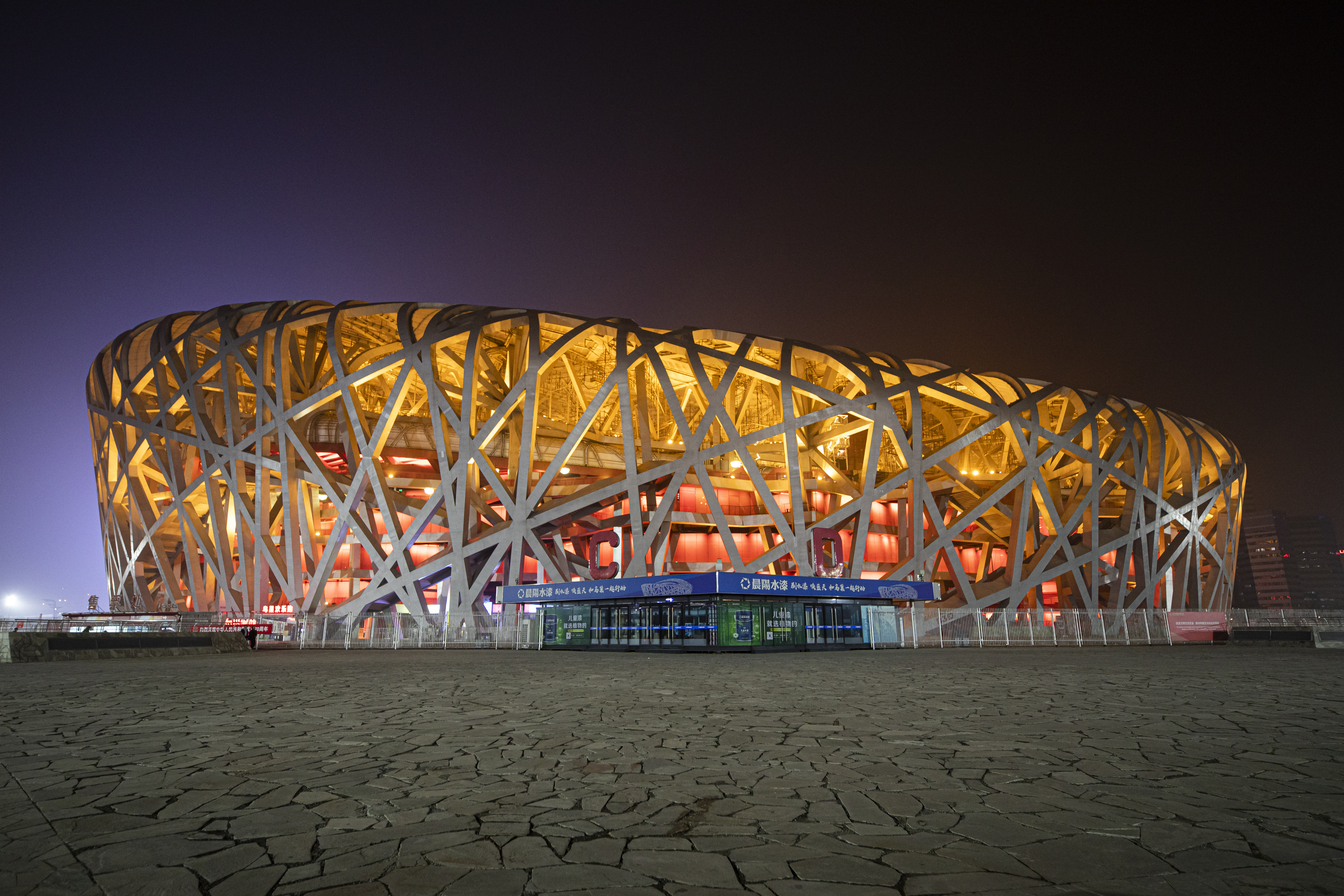 The design for the stadium was inspired by the nation’s cultural heritage. When putting together inspiration, Ai studied Chinese urns and vases and local cuisine for ideas. Despite playing such a key role in the preparations, Ai boycotted the Olympics as a protest against the Chinese regime. He felt that the event’s celebration and pride were too much at odds with the terrible suffering experienced by vast swathes of the population. 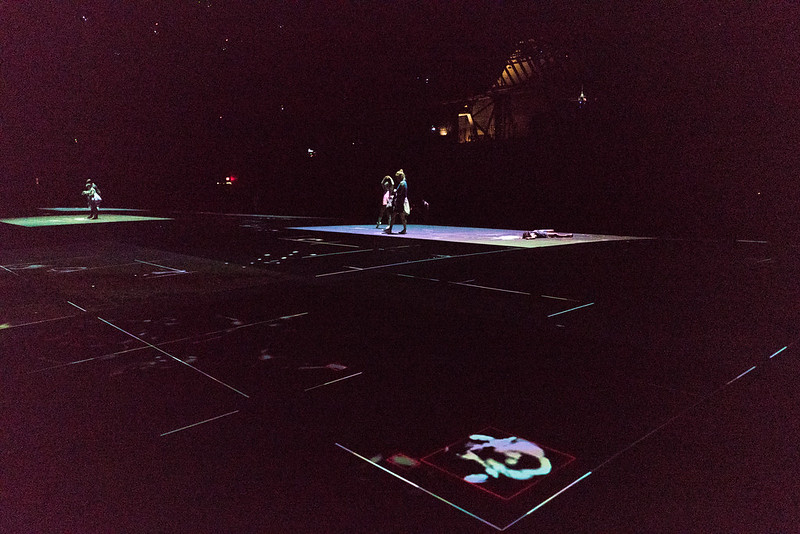 One of his latest major art installations, the 2017 ‘Hansel and Gretel’ installment in the Park Avenue Armory in New York City was designed to highlight the potential benefits and dangers of surveillance technology. Featuring CCTV cameras, facial recognition software, drones, beacons and projections, the experience immersed visitors in a world where their every move was being monitored. 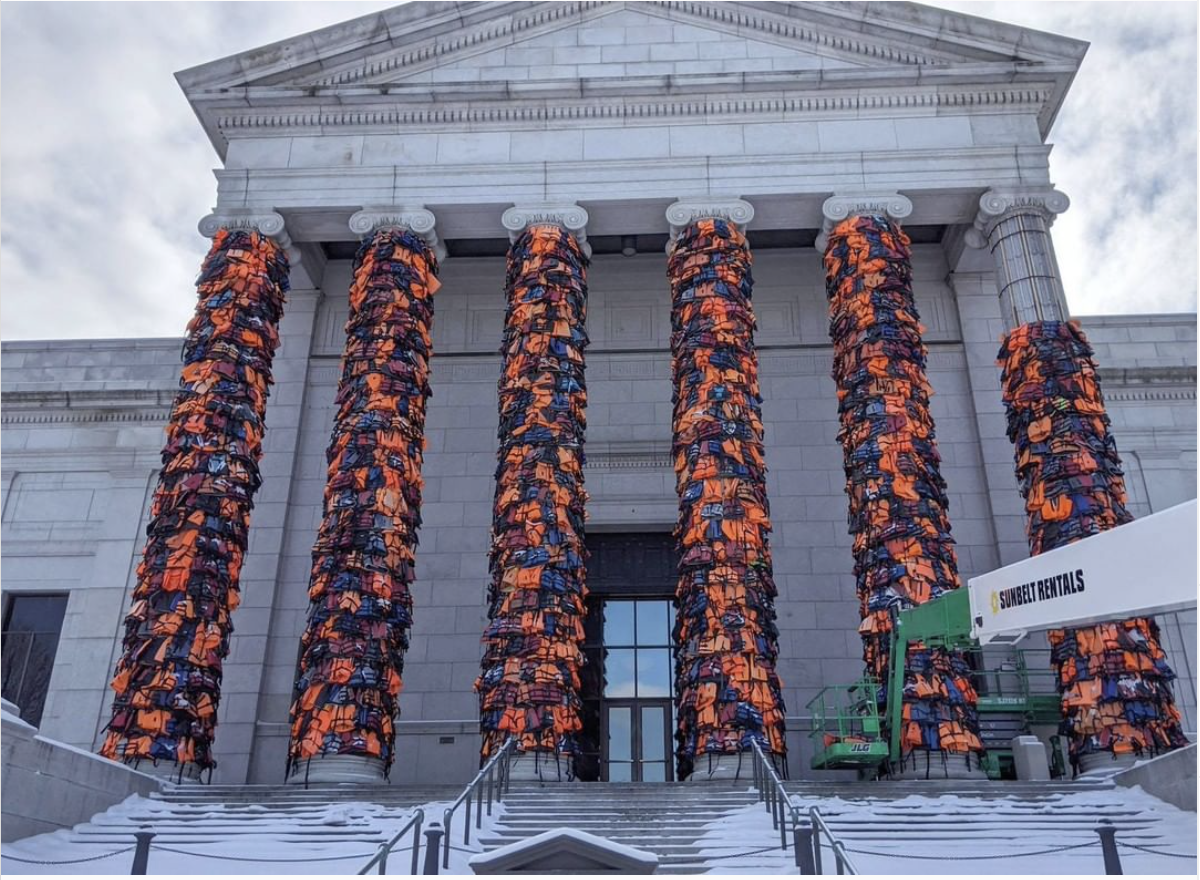 Minneapolis Institute of Art wrapped its white neoclassical facade in nearly 2,400 blue, orange and red life vests worn by Syrian refugees who made the perilous journey from Turkey to the Aegean islands.  During the height of the Syrian Civil War, nearly 1 million people landed on the island of Lesbos, Greece. The authorities of Lesbos donated the discarded lifejackets to Ai.