Using hashtag activism to give survivors a voice: #MeToo 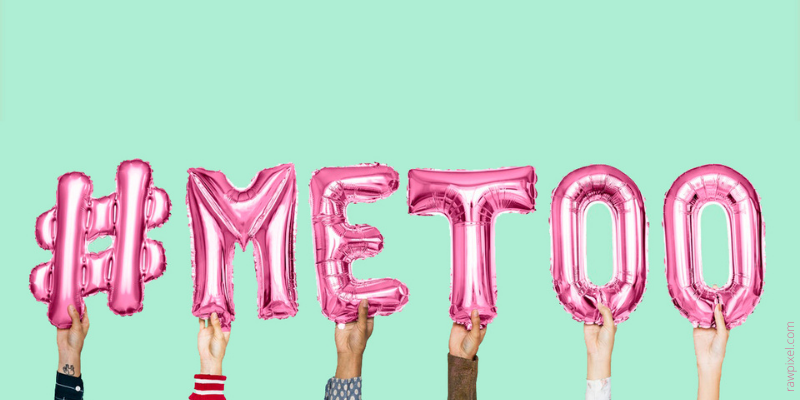 This is my second blog post on hashtag activism. (Here is the first on hashtags and international days of recognition in case you missed it!) Today I will highlight how women’s rights campaigns (and individual activists) are using hashtags to help survivors share their stories.

The #MeToo movement is an example of hashtag activism that has had a far-reaching impact, as well as both results we can celebrate and lessons we can learn from. Although the hashtag was first used by Tarana Burke in 2007, it went viral 10 years later when a dozen women accused former American film producer, Harvey Weinstein, of sexual abuse allegations.

For me, the use of hashtag activism is an efficient way of making content accessible. This social media tool makes it possible for information to be transformed into short, digestible and shareable segments. On Twitter, these segments are no more than 280 characters. Hashtags like #MeToo also enable users to quickly find other social media posts with the same tag. This creates a ripple effect. The discovery of one hashtag opens doors to other similar hashtags and issue areas. This is the impact of the solidarity that the #MeToo movement fosters; seeing so many others share their story, users might be encouraged to share their own. This brings us closer to holding oppressive systems accountable and encouraging community and individual healing.

The #MeToo movement raises awareness about the prevalence of sexual harassment and violence. While the movement has been primarily organized via social media, there have been real-world results. It empowered sexual assault survivors to share their stories with their audience. It also created a safe space for healing and seeking justice in an asymmetrical power system. As a result of this campaign, in the United States, at least 201 powerful men lost jobs or major positions. In the United States, Kevin Spacey, Matt Lauer and Eric Schneiderman are a handful of celebrities and politicians who have been identified as perpetrators of sexual harassment. Spacey was dropped from a popular Netflix show and replaced in a film. Lauer was fired from NBC News. And former New York Attorney General Schneiderman resigned and was barred from practicing law for a year. The movement has also had a global impact. In Japan, the #KuToo movement was launched in 2019 to address sexual discrimination in the workplace, particularly the widespread policy of mandatory high heels for women in the workplace. Many countries including Mexico, Australia and India have also adapted the #MeToo movement to local contexts and faced unique obstacles and challenges. Here is one article and one more here to read more about the movement’s global impact.

I can scroll through my Instagram feed and find well-intended calls for action on many social justice issues. This helps me stay updated on the latest news. It gives me ideas and opportunities for actions I can take. But the less helpful part is that in five minutes I will encounter more posts and stories than I can comprehend. I know I am not alone in feeling this information overload.

It is common to log on to social media accounts to check particular areas of advocacy. Under such circumstances, users can like a post and/or share it with others. Outreach beyond our activist circles can be more challenging. In such “echo chambers,” users with similar opinions tend to follow each other on social media and circulate similar ideas in their insular circles. As such, they might not encounter opposing viewpoints that exist outside these echo chambers. Moreover, there is a significant difference between liking a post about your favorite TV show and liking posts related to #MeToo. Despite having largely differing social impacts, liking a post about these two subjects requires the same amount of time and energy. It can be a challenge to transcend the boundaries of the social media platform and transfer passion from the phone to the field.

As I shared in my last post, after liking a post, we should at least start these conversations within our communities. When we engage in hashtag activism, we also carry a responsibility to share information and resources to move the campaign forward. In systems of oppression that silence minoritized voices, hashtag activism can create space for naming and shaming these systems, organizations, and individuals. This is apparent in the #MeToo movement where sexual assault survivors talked about their assault despite the societal pressures of maintaining secrecy. Survivors have spoken out and named individual perpetrators. They have also named organizations covering up the actions of these powerful people. The #MeToo movement means that sexual harassment and violence have long-lasting consequences for perpetrators.

I also want to share an example from my local community here in Saint Paul, Minnesota. I recently attended a lecture at my university with mutual aid activists who are translating online activism to their communities. One such activist is Asma Mohammed Nizami.

She is working with Muslim women to break their silence about sexual assault, in a way that enables them to feel safe and heal. She is also mobilizing people via online activism to motivate them to take action. Along with Sarah Super, she was pivotal in changing a sexual assault reporting law in Minnesota, USA. They lobbied to eliminate the state’s time limit on reporting sexual assault, allowing for survivors to now report a case of sexual assault in their own time. Through her activism, I learned about the radical ways in which activists mobilize people via Twitter to care about social justice issues and to donate money and resources to various communities via mutual aid. Isn’t it amazing how activists like Asma Mohammed can build a community of care online and direct action on the ground?

Hashtag activism has the potential as a powerful tool for human rights advocacy and mobilization. It leaves a lasting legacy, especially during the current COVID-19 pandemic when the use of technology has increased across various fields of work and study.