The environment, development, and inequality have always been linked—for years, industrialization has contributed to rising levels of carbon dioxide and environmental damages that have caused inequality and hardship across societal and racial lines. Now, with the emergence of green technology, the potential for revolutionary changes in the energy sector have the capacity to not only heal environmental wounds but also promote social justice. When considering environmental sustainability, two central considerations emerge. One is the mitigation of environmental disasters that are caused by mankind. Another is the implementation of these strategies in a way that uplifts individuals and communities rather than contributing to injustice. In this conversation, experts examine the interplay of development, the environment, and justice as they explore how environmental solutions can further human rights.

Thank you to our featured resource practitioners who led the conversation:

To mitigate environmental disaster, local communities must be a part of the climate solution. Cecilia Martinez points to the necessity of this, especially in developed countries where there is a lack of tangible action on climate goals from the larger administration. Contributors weighed in on technologies and strategies that local communities could implement to build sustainable and just systems. Kate Lapin advocated for small, locally owned energy systems that were under community control as an effective tool for allowing local communities to contribute to ecological solutions and promote their own growth. Cecilia Martinez offered a list of guidelines for cities to consider to reduce their environmental impact while building socially and economically just communities. That list included increasing access to affordable and clean energy and transportation and investing in resilient infrastructure and nature-based strategies to reduce climate risks.

Mat Mcdermott offered a number of ways that local communities could incorporate indigenous knowledge into their planning to increase sustainability. Mcdermott conceded that not all traditional systems are viable in the modern age, but emphasized the value of letting Indigenous innovations inspire progress. He cited step-wells that allowed people to thrive in water restricted spaces, agriculture systems that predated the chemically-intensive industrial farming methods of today, and pre-air-conditioning building designs adapted to climate as sources for this inspiration.

Contributors also discussed the conditions for ensuring that local communities and marginalized groups can regain and establish agency when it comes to the protection of their environment and the utilization of green systems and technology. Martinez wrote that while the environmental justice movement embraces intersectionality and positions equality as a central tenant of environmentalism, this particular movement is often marginalized within the larger environmental movement. Martinez criticized the wider movement’s focus on reduction of carbon over the promotion of social and economic justice. In another post, Martinez cited the failure of California law AB32 (a law that establishes a comprehensive program to reduce greenhouse gas emissions from sources throughout the state) to distribute benefits across races and classes as proof that the implementation of green technology and systems does not inherently build a more just society. Lappin agreed, stating that carbon neutral energies have the potential to be as economically and socially unjust as the industries they replace if they operate within similar neo-liberal growth models.

While contributors were wary of the possible negative ramifications of systems that focused solely on healing the environment rather than taking holistic approaches to environmentalism, many were also excited by the possibility of green technology to uplift individuals and minority groups. Many participants spoke on the relationship between green technology and feminism. Lapin cited many examples of environmental technology giving women power. In one, Indigenous Pilipino women’s collective management of a micro-hydro project both gave the women economic and social power and also protected them from displacement by a Cheveron geo-engineering company. She also mentioned how micro solar grids in Bangladesh—some of which are managed by women—connect and empower groups of women. Lapin and Barbara Rubim both told the story of the Solar Mamas from barefoot college, a female group of Indian solar engineers who support women’s knowledge and power over energy in expanding regions. Lapin also emphasized the need to address sexual divisions of labor and acknowledge that sustainability requires time and effort that is often expected from women for free. Multiple contributors emphasized the importance of recognizing and righting this inequality to truly make the climate movement just.

Participants also emphasized the importance of involving the labor community in climate justice systems. David Hallowes and Barbara Rubim stressed the importance of providing a place for workers in the environmental transition to a greener economy, and Martinez highlighted the fact that labor laws and conditions must be considered when creating a fossil-free system. Hallowes also stressed the necessity of convincing workers who are worried for their jobs of the benefits of environmentally friendly energy shifts.

The conversation about the impact of energy sector shifts to green technology segues into a conversation about racially or economically marginalized communities. These communities often bear the brunt of pollution streams, and Martinez emphasizes the fact that the creation of green technology involves pollutants—particularly those from the mining of Rare Earth minerals—and stressed the need to not only reduce pollution pathways but also to ensure that disadvantaged communities do not suffer from them unfairly. Mcdermott pointed out that the reduction of fossil fuels will lead to a reduction of power plants, refineries, and drilling sites which damage nearby communities, which he said would help with this problem. Martinez also wrote about the importance of integrating efficiency into every social and economic tier, questioning whether the retrofitting of mansions to be more efficient is equal to ensuring that efficient heating and cooling systems are made available for low-income individuals, once again showing the potential for benefits to these marginalized communities while showing how the environmental movement could leave these communities behind. Essentially, these contributors all point to the interconnectedness of social justice and environmental protection—and the necessity of fighting for both in tandem—as the key to ensuring communal agency and sustainability.

This discussion plays into a larger conversation about the implications for democracy and human rights in environmental progress. Martinez argued that placing energy within a human rights framework entails establishing an internationally recognized framework for development founded on the principles that a healthy and clean environment is a precondition for the enjoyment of human rights.  Mcdermott echoed this sentiment that the codification of environmental rights as human rights is of high importance, adding the thought that rights and legal standing should be given to non-human entities.

Many contributors also spoke about the importance of democracy in the environmental movement’s future; according to Lapin, “True sustainability requires the integration of justice and equity, and this can only be accomplished by reclaiming a democratic ethic.”  Rubim advocated for mechanisms to ensure that the transition away from fossil fuels is people-powered and people-oriented, but wrote that a barrier to this progress is the fact that there is no strong consensus regarding these principles. She stressed that the manifestation of these principles would be different in every situation, and shared a study on how a specific region in Spain could transition from a coal-based economy to a renewable one. Lapin wrote about the ability of small, locally owned energy systems to put decision making power into the hands of the people and the potential for these systems to be vehicles for democracy. Throughout this conversation, contributors highlight the ability of green technology to advance human rights and living conditions for many people, and also the potential for these technologies to uphold current systems of oppression. The consensus among participants is that, for a Just Transition to occur, energy democracy must be attained and the interconnectedness of human rights and energy production must be acknowledged.

Berkleyside nonprofit aims to reduce inequality through sustainable jobs: An article about a Berkeley nonprofit that educates disadvantaged individuals in environmentally sustainable construction.

Beyond Coal: A case study for on the alternative development for the Teruel coalfield region in Spain.

The Center for Earth, Energy, and Democracy: A group that works to ensure that communities and policy makers have the tools they need to create just, sustainable energy and environmental policy.

Centre for Science and the Environment: A public interest research and advocacy organization that communicates the need for development that is sustainable and equitable.

Energy Democracy: Goals and policy instruments for socialtechnical transitions: An article that describes the goals and outcomes of energy democracy and assess their alignment with renewable aenergy transition.

Feminist Fossil Fuel Free Future: A brief from the Asia Pacific Forum on Women, Law and Development on their vision for a sustainable and just future.

A Framework for Local Action on Climate Change: A list of ways that mayors can build resilient and just cities.

RE Toolkit: A resource to help one develop a pledge campaign to mainstream the 100% renewable energy vision.

Solar Mamas – Why Poverty?: A chapter of the Why Poverty? documentary about a group of Indian solar engineers.

Transition in Action: A site that includes tools and resources for people who aim to support the deployment of renewable energy. 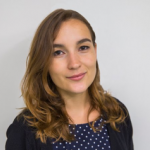 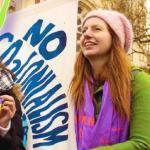 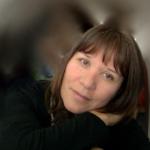 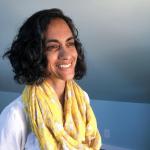