The 1951 UN Convention Relating to the Status of Refugees provides protection for people forcibly displaced by threats of persecution and violence from their country of origin. The Convention defines these people as refugees, those who are “unable or unwilling to return… owing to a well-founded fear of being persecuted for reasons of race, religion, nationality, membership of a particular social group, or political opinion.” While the 1951 Convention put in place important protections for vulnerable groups around the world, it did not provide safeguards for all populations experiencing forced displacement.  People forcibly displaced by economic conditions, development projects, natural disasters, and climate change are excluded from the scope of this Convention. Internally displaced people (IDPs) and stateless populations devoid of citizenship face additional hurdles in accessing protection; despite facing similar hardships, these groups don’t meet the UN designation of refugee and are disqualified from the Convention’s protections. This conversation focuses on people forcibly displaced by a variety of non-violent factors.

The Nature of Non-violent Displacement

Though displacement occurs due to variable causes, the consequences are strikingly similar; populations are forced out of their homes, lands, and properties due to circumstances beyond their control. An assortment of factors reaching beyond violent conflict can lead to displacement. Compounding issues—including environmental impacts, economic downturns, and development—can make it difficult to isolate a single cause. A lack of protections and enforcement mechanisms to ensure economic, social and cultural rights of displaced groups further obscures solutions to this growing human rights issue.

Governments can serve as important intervention points to address the needs of displaced individuals and communities. States can proactively plan for future displacement by allocating resources and land, especially in the case of climate change-induced displacement. Utilizing provisions outlined in international law regarding housing, land and property rights would allow displaced populations some security. In the wake of natural disasters, states can also play a role in providing temporary housing for those who cannot afford or may not be able to access it. National Climate Land Banks, to be established by governmental units, can assist in planning for impending climate change-induced displacement by keeping portions out of the market.

Still, many governments lack the capacity to address internally displaced groups. In the case of Bangladesh, discussed in this conversation, populations that are internally displaced by severe weather events lack legal framework and international recognition for protection, support, and rehabilitation following crises. Still, organizations like Displacement Solutions have worked to identify and support the allocation of government-owned lands for resettlement purposes. 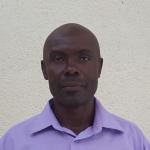 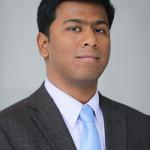 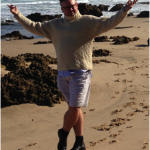