Thank you for joining the Association for the Prevention of Torture (APT) and the New Tactics online community for an online conversation on Monitoring Prisons to Prevent Abuse from April 15 to 19.

Prisoners are vulnerable because they are deprived of their liberty and find themselves in a situation of unbalance vis-à-vis the detaining authorities. Monitoring prisons and police detention facilities is one of the most effective ways of preventing torture and ill-treatment and making the authorities accountable. More and more actors are present in places of detention with the aim of preventing torture and other ill-treatment, but challenges remain numerous.

Among these challenges, three specific issues have been selected and assigned to days during the conversation week:

This online conversation was an opportunity to learn from these prison and detention monitoring organizations and explore the challenges, experiences and opportunities for this work.

How do you mitigate the risks of sanctions/reprisals?

“Reprisals” refer to punishment practices such as threats, solitary confinement, or various forms of torture carried out by prison authorities or other detainees against detained persons due to their participation in prison monitoring research. In order to prevent and condemn reprisals, prison monitors must take preventative and cautious measures to resist reprisals before, during, and after their visits to prisons.

Before visiting detention centers, it is important that monitors develop internal strategies to prevent reprisals, define specific guidelines for interactions with detained persons and the monitoring process in general, and communicate with allies who may have similar experiences with the detained persons under observation.

Monitoring strategies vary among participants and organizations from cell-by-cell interviews, group interview sessions, covert “family” visits in which volunteers act as family or friends visiting in order to communicate with detained persons, phone calls, or communication with family and friends of detainees. Proponents of individual interviews asserted the need to conduct interviews with as many detained persons as possible as to mitigate the risk of reprisals against a few individuals. One participant added that because it may be difficult for short-staffed monitoring bodies with limited time frames to meet with every detained person in a facility, they displace risks of reprisals for individual interviews by conducting group interviews. However, it was stressed that though there are some advantages conducting group interviews (such a to select inmates for private interviews and to inquire about non-sensitive issues); it is vital to always be aware of the risks of informants and that collective sanctions are possible.

To further prevent reprisals after initial research, monitoring bodies notify prison authorities that they will return in the near future for a follow-up visit where they will look out for signs of resulting punishments. After collecting information, monitors may take precautions suchs a publishing information anonymously, being discreet about informants’ testimonies by waiting for a given period of time before publicizing information, issuing findings outside the scope of state surveillance, and promoting legislation that combats reprisals.

Finally, it is important to recognize the challenges of preventing reprisals. Participants encouraged monitors to evaluate risk factors on a case-to-case basis, ensure participants’ and their allies’ knowledge of their rights, and working at a national--rather than international--level. Ultimately, monitoring bodies must be aware and cautious that their actions prevent, and not result in, torturous punishment.

Participants argued that women--especially minorities or underprivileged backgrounds--face disproportionately harsh treatment throughout criminal justice systems worldwide due to structural gender inequalities and specifically the construction of prisons as spaces for and dominated by men. One participant stressed the need to recognize violence against women in prisons “as part of a continuum of violence they experience as taking place within a broader context of disadvantage and discrimination.”

In order to confront such violations of women’s rights, advocates promote research to better understand, document, and spread awareness of gender-based discrimination inside detention centers. Many participants discussed the value of the Bangkok Rules, which promote thorough understanding of prison rules in order to more effectively advocate on behalf of incarcerated women. To promote understanding and implementation of the Bangkok Rules, PRI has published toolboxes that clarify the rules and support organizers. Participants stressed the importance of training prison staff in order to sensitize them to issues of gender inequality and stress the need for gender-specific modes of treatment, mental health care, rehabilitation for drug and alcohol abuse, and domestic violence.

Several participants encouraged non-custodial, pre-trial and sentencing alternatives for women--especially those who are pregnant or mothers of young children. Those who highlighted such alternatives also emphasized that incarceration of women with children hinders their social reintegration and the overall well-being of their families.

How do we ensure that the overall preventative system is efficient?

Participants identified community organizing, awareness of issues, follow-up strategies, realistic and clearly-defined goals, openness to change, working with stakeholders, and solid reputations as valuable modes of promoting the efficiency of monitoring work. Prison authorities may be more inclined to consider and implement recommendations if they fully understand the benefits of doing so. By forming a “spider web of institutional relations” at national, regional, and international levels, monitoring bodies make issues inside prisons more visible and more likely to be addressed. One participant shared the effectiveness of sending out surveys to social care institutions about conditions and treatment of those inside them. Such questionnaires cause institutions to become more familiar with monitoring agencies and their standards, and ultimately encourage self-monitoring and improved conditions.

Obstacles to efficient monitoring practices include a lack of financial resources, allies, and ability to actually enact change in spite of thorough understanding of issues inside incarceration systems. Social science and conceptualizing problems at a structural level may improve the relevancy of recommendations. Participants stressed the importance of promoting a “culture of prevention” in a way that considers individual circumstances and cultural relativity. Participants warned monitors not to impose universal recommendations or exude arrogance. Ultimately, the nature of recommendations and implementation of such recommendations depends on case-by-case circumstances and cultural contexts of the communities under inspection. 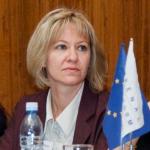 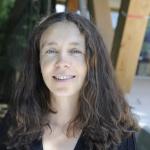 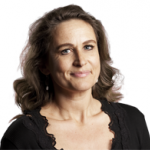 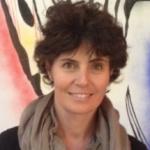 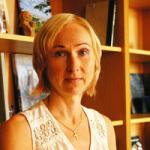 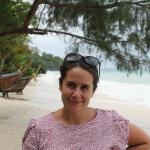