Businesses and human rights are to a large extent interdependent: businesses are able to play a positive or negative role in building human rights movements, and the position that a business takes can influence its brand in the same way. In January 2017, Uber experienced a backlash on social media that called for users to delete the app in response to the company’s decision to turn off surge pricing and continue service to the airport during the New York City taxi drivers’ strike against President Trump’s executive order on immigration. Thousands of Twitter users adopted the #DeleteUber hashtag to decry Uber’s actions, and many consumers turned to Lyft for future service, which fiercely opposed the executive order and announced a one-million dollar donation to the American Civil Liberties Union. As demonstrated in this case, businesses can impact the human rights of their employees, customers, and communities. It is important to explore the innovative ways in which businesses can participate in human rights movement building. Conversation participants discussed the tactics and strategies used to integrate businesses, both locally and internationally, in human rights movements.

The Intersection of business enterprises and human rights movements

Businesses have the opportunity to engage in human rights campaigns by finding issues that are directly connected to the business’ products, services, operations, supply chains, etc. In such cases, the intersection between human rights and businesses can be strengthened by “anchoring in the issues into existing commitments, policies, and public reports” as one participant suggested. In the case that human rights campaigns are not directly related to a corporation’s operations, engaging human rights issues may be a part of a strategy to appeal to senior leadership, civil society, academia, and governments.

Corporations must also evaluate several considerations when choosing to collaborate with human rights organizations, as one participant articulates: “corporations must understand the internal and external constraint of collaboration, apply reasonable timelines, be willing to have tough and confidential conversations behind the scenes, and help devise roadmaps for improvement and good practice.” Partnerships between HR organizations and corporations also benefit from mutually agreed upon definitions of what “due diligence” is and to what concrete standards companies are to be held.

How different types of enterprises engage in human rights movements

NYU Stern’s School of Business researched Bangladesh’s garment industry and found evidence of over 7000 production sites for apparel, more than twice the number of factories that is commonly assumed. Corporations must collaborate with academic researchers to avoid insufficient and ill-defined fire prevention and safety measures.

Teaching business students to study the process that resulted in industry-specific Multi-Stakeholder Initiatives, like the Fair Labor Association.

§  Total S.A --- Establishing policy commitment and the role of CEOs and senior leaders

Teaching Business and Human Rights Forum: A forum that pools course syllabi and teaching resources related to BHR, and connects over 300 lecturers of BHR at law and business schools. 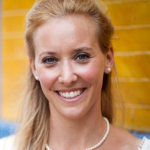 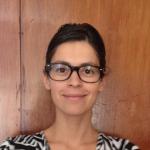 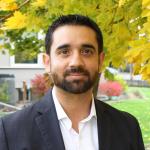